Left 4 Dead 2 is the sequel to Left 4 Dead and is overall a much better and complete game than the first one. Left 4 Dead 2 features five full and more interactive campaigns, several tweaks and settings to tinker with, more modes, and overall, it is something the first one could not be. The game focuses on team style combat against the infected. The game is set in a zombie apocalypse, where a group of people must work together and survive. The game forces you to work together to beat the opponents. All the team members need to be in constant contact with each other, notifying everyone about every movement.

Perhaps the highlight of this game is the artificial intelligence which controls it. This AI is known as the Director. The director changes the gameplay according to the player’s skills. For example, if a player is stuck somewhere, the director can change the path to make it easier. Similarly, herds of zombies can come from anywhere to ambush the player and make the gameplay harder if the player is getting by too easily.

Borderlands 2 is an fps game at its core, but with some features borrowed from RPG’s, such as the ability to skin your character. Borderlands 2 takes what was already fun in Borderlands 1 and enhances it. Things like narratives, the loot, the fluidity were all parts that were improved in this sequel. One of the main features of this fps game is the loot. You simply cannot get enough of it. The loot mainly consists of guns, which is nothing to complain about, as almost all the time you will be looking for different ways to kill, conquer, and enjoy the loot.

The game’s class skill customization is another feature we can’t pass up mentioning. The game has four different classes, with each class working in a separate way than the other. The classes can further be customized to each player’s own liking, but with the primary function remaining the same.

This game is another fantastic shooter game, which combines the first-person genre with the role-playing one. This game does not have a proper combat multiplayer mode, but that does not mean that the game does not deserve your attention. This iteration of Deus Ex is set in Prague with a beautifully designed map and gadgets.

The game has you play along with multiple part quests, with a well-thought plot which binds the entire game together. This game includes many new experimental augments, which can be attached to the protagonist – a cyborg. This story, along with an interactive gameplay makes this iteration one of the best ones out there.

Rainbow six siege is an attack vs. defense shooter game. The aim is simple, blow holes in your opponents. Chaos and destruction have no limit in this game; with powerful guns and gadgets to detect your opponent’s presence, blasting through walls is nothing but pure thrill. This might sound like that no strategy is needed, but that’s not the case. The game requires tactics to win.

The player has a variety of characters to choose from – twenty, to be exact, with ten attackers and ten defenders. All twenty characters have different skills, and it is the combination of these skills that may determine the winner. The game focuses more on multiplayer, but it does offer ten missions, which serve as excellent tutorials as well.

Call of Duty is perhaps the biggest franchise when it comes to fps gaming. Now, many other COD games have come out, each with their own unique story. But we think MW2 is the best iteration of the franchise. The game’s single player mode is fantastic, being short but intense. This game also introduced the spec ops mode which is a co-op mode. This game improves the features of the first modern warfare and does so beautifully. The storyline along with little to no bugs in the gameplay make this game a thrill to play.

This list might seem like a list of sequels, but that is not the case. Killing Floor 2 is a fun co-op game, which tries to be bold and succeeds. It has aggressive enemies, with fast paced action and different classes. The game consists of two online modes with ten classes, each with their own perks. The combination of these classes determines if you fail or succeed. The more you play, the more abilities you unlock, which keeps the game fresh, as you play for hours and hours.

The game’s Versus Survival mode is where it gets tough. Players are divided into two teams: Humans and Zeds. Zeds are creatures in the games, which would be enemies in the other mode. Creating chaos and shooting these monsters, indeed make up for a fun game.

Dying Light is set in a post-apocalyptic world, with an open world setting, but it is not at all depressing. The atmosphere consists of a vivid wasteland, where everything can be interacted with. The game is initially extremely hard to play, what with the zombies easily destroying you. But as you progress, a skill set is developed which makes zombies toys to experiment with.

The game offers several different ways to kill the zombies; such as slicing them or blasting them. Apart from that, the game offers a first-person parkour experience as well. The game also includes a massive single player mode, with a fun co-op mode as well, where one player is a zombie and the rest survivors.

Crysis 3 takes off 24 years after Crysis 2 in New York City. The game focuses a lot on story this time around, with an impressive gameplay to back it up. The story revolves around the fight against the CELL Corporation and the alien Alpha Ceph. The main character dons a nano suit with impressive abilities, which helps him to conquer any opposition he may face. The gameplay is fast and fun with the focus being killing and slaughtering anyone in your way.

The game incorporates RPG style of play, as well as other elements to make it more entertaining. For example, using the nano suit can be used to hack objects. The single player mode might be the star of the game, but the multiplayer mode is no slouch either, offering an impressive gameplay similar to Call Of Duty’s multiplayer mode.

How to Wipe Cache Partition on Samsung Galaxy S6 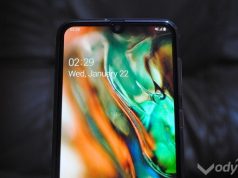 How to Take a Screenshot on Samsung Galaxy A20 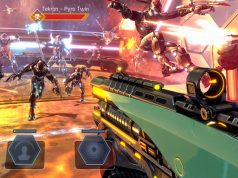 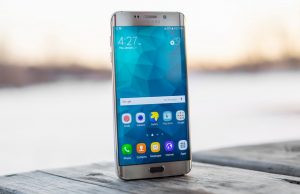 How to Wipe Cache Partition on Samsung Galaxy S6

How to Take a Screenshot on Samsung Galaxy A20

The Best Board Games for iPhone in 2020

How to Wipe Cache Partition on Samsung Galaxy A20