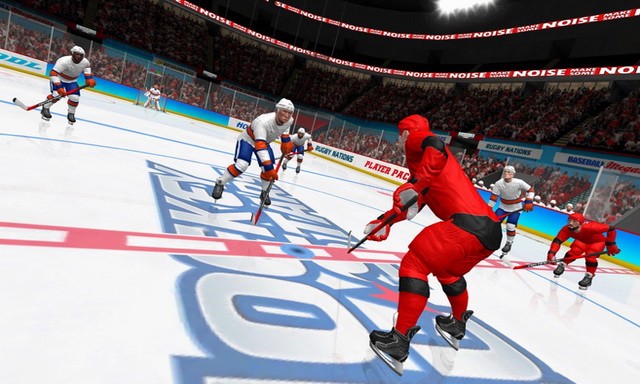 Hockey is one of the most popular sports in the world, and it’s followed by millions of fans around the world. If you are also a hockey fan and want to enjoy it on your iPhone, you can play a hockey game. Hockey is a complex game, and it’s not something that is easier to replicate on the smartphone. That’s why there are very few quality hockey games available, and we have handpicked the best ones for you. In this Vodytech guide, we will share the best hockey games for iPhone and iPad in 2021. 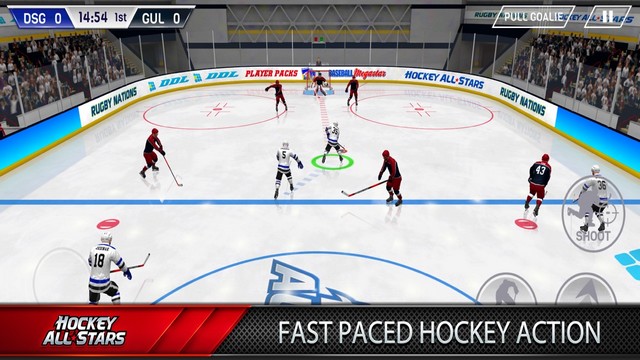 Let’s start our guide with Hockey All Stars, which is arguably one of the best hockey games for the iPhone. In this game, you will be building your own hockey franchise, and you will be responsible for your players as well.

Your main goal will be to dominate the league, and you will be improving your team by collecting various player cards. The game comes with simulated matches where you get control of some part of the matches. Overall, Hockey All Stars is a decent hockey game, and you should give it a try. You can play Hockey All Stars for free, but it comes with in-app purchases. 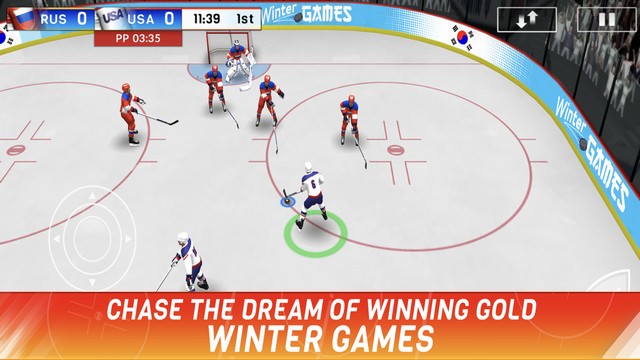 Hockey Nation 18 is arguably one of the best hockey games for iPhone and iPad. In the game, you get the option to choose your team from the pool of over 80 international teams.

You also get access to over 7 exciting tournaments where you can lead your team to glory and make a name for your franchise. Also, it offers intuitive controls, which make it easier to handle your players in the matches. Hockey Nation 18 is free to play, but it comes with optional in-app purchases. 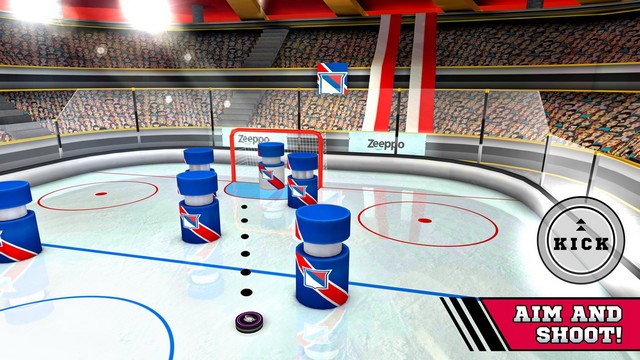 Pin Hockey is another very popular hockey game for iPhone. The unique thing about this hockey game is that it’s very different from other hockey games in terms of look.

In the game, you will be playing in the first-person view, and your goal will be to score a goal in the opponent’s net while avoiding other players. The game comes with intuitive controls, which make it easier to control the ball. Overall, Pin Hockey is a very interesting hockey game, and you should give it a try. 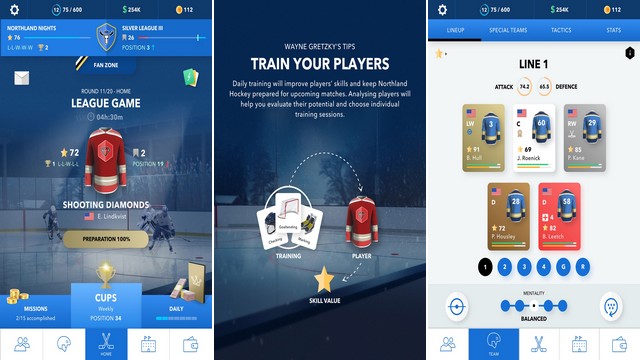 World Hockey Manager 2021 is one of the best hockey games for the iPhone. In this game, you get the option to live the life of a Hockey Manager, and your goal will be to make a dream team and lead it to glory.

In the game, you will be participating in simulation matches, but every decision you take will impact the result. Overall, it’s a pretty good game, and you should give it a try. You can Play World Hockey Manager 2021 for free, but it comes with in-app purchases. 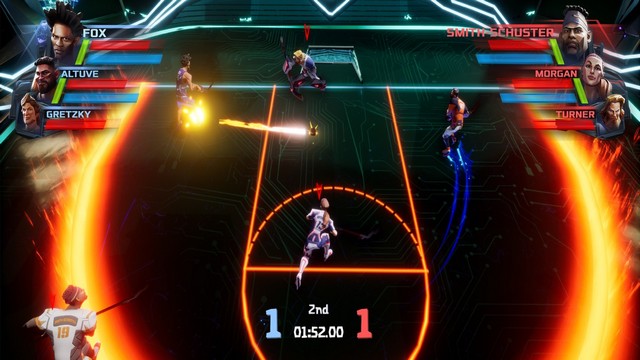 Ultimate Rivals: The Rink is one of the best arcade hockey games for iPhone and iPad. The game comes with 3-on-3 gameplay where you will have to pass the ball to the team and score goals.

In the game, you get access to over 60 legendary athletes, which you can use in the matches. It also comes with 3 unique environments where you can play your matches. Overall, if you are a fan of arcade hockey games, you will love this one. 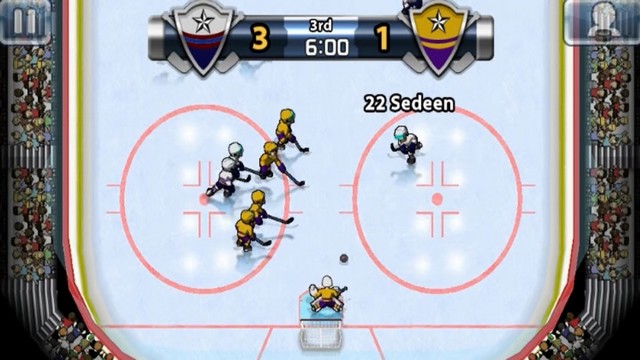 Big Win Hockey 2020 is another very impressive hockey game for iPhone Users. In the game, you will be building your dream team and compete against the finest hockey teams from around the world.

The game comes with passive gameplay where you won’t be directly involved in the matches, but you will be able to boost your players’ attributes using the various impact cards. You can play Big Win Hockey 2020 for free, but it comes with in-app purchases.

In the game, you get the physics-based simulation that recreated the challenge of real table hockey on your smartphone. You get the option to boost your skills by participating in mini-games against the other players. Overall, it’s a decent game, and you can give it a try if you are a fan of table hockey. It’s a paid game, and you can get it for $0.99. 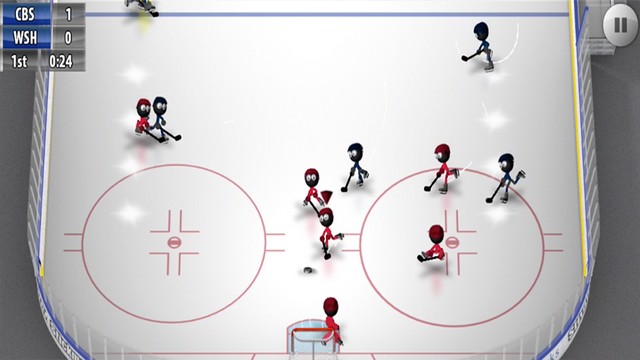 It also comes with 4 difficult levels, which you can use to make the game more challenging for you. The game also comes with over 46 national and international hockey teams, and you can choose any team of your choice. Overall, if you are looking for a simple Hockey game with good gameplay, Stickman Ice Hockey is a solid option for you. 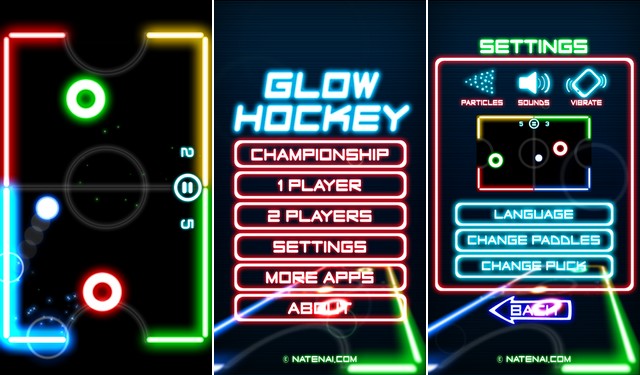 Glow Hockey is one of the better hockey games for the iPhone. It’s an arcade game where you get the hockey experience in a very simple environment.

In the game, you get the option to either play the game against AI or play with your friend on the same device. Overall, it’s a decent game for time passes, but if you want something more sophisticated, you should consider other apps on this list. 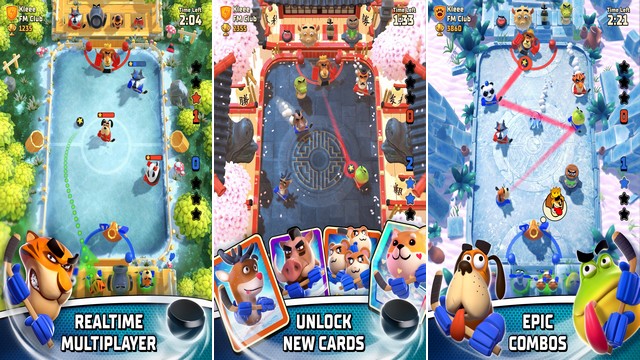 Rumble Hockey is one of the best hockey games for the iPhone and iPad. It’s a real-time multiplayer game where you will be up against the best hockey players from around the world.

The game comes with a very unique look and physics-based gameplay, which gives you a very realistic hockey playing experience. It also comes with divisions and leagues where you can participate and find your way to the top. You can Play Rumble Hockey for free, but it comes with in-app purchases.

That’s all, folks. These are the 10 best hockey games for iPhone and iPad. Most of these games are free to play, but some offer in-app purchases, which you can use to unlock additional features. If you have any questions, please let us know in the comments. Also, if you want to stay updated with news of your favorite hockey team, check this guide where we have shared the best sports apps for iPhone. 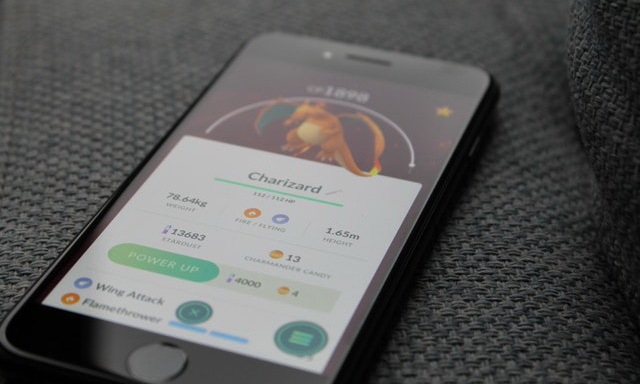 Frank Perry - 5 March 2021
Having a truly free game is a blessing as you can simply play the game without spending your money. However, it is almost impossible...

Best Card Games for iPhone and iPad in 2022

Best Anime Games for iPhone and iPad in 2022