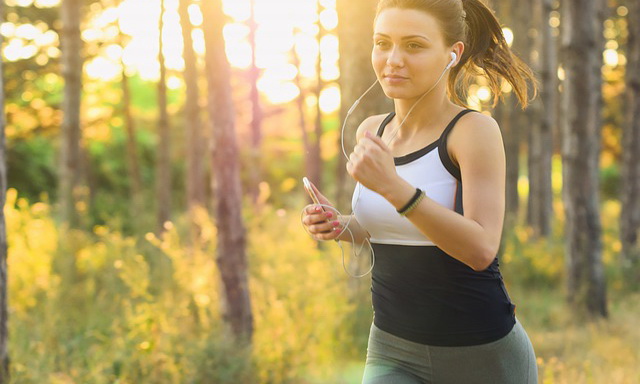 Running is one of the easiest and most effective exercises as it involves all the muscles of your body. People use it to lose weight or maintaining weight. You can make your runs more effective by keeping track of your running activities using the running apps. We have handpicked the best running apps for Android in 2020. 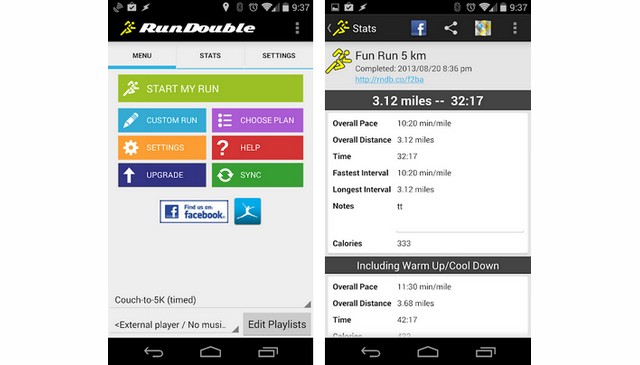 Couch to 5K or C5K is one of the basic running apps. It is the perfect apps for beginners as it trains you by giving you paces which you need to achieve and it keeps track of your running. The main goal is to achieve the 5k runs in nine-week which is indeed a difficult task for beginners but this app is designed to help you with it. Once you achieve this task, you can go for 10k, 5k to 10k and a half marathon training which will help you achieve fitness. The free version of the app comes with Ads and in-app purchases. 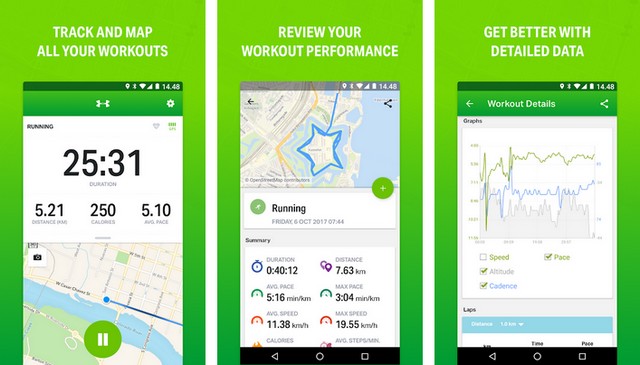 Endomondo is one of the best running apps out there. The app comes with fitness tracking, analysis, support for various wearables, social features and tons of challenges. It is also designed to track the exercises other than running which is a major plus. The app works flawlessly with MyFitnessPal, Google fit, Samsung Gear and Wear OS. You can get the free version of the app with Ads or you can go for the subscription which is available for $5.99. 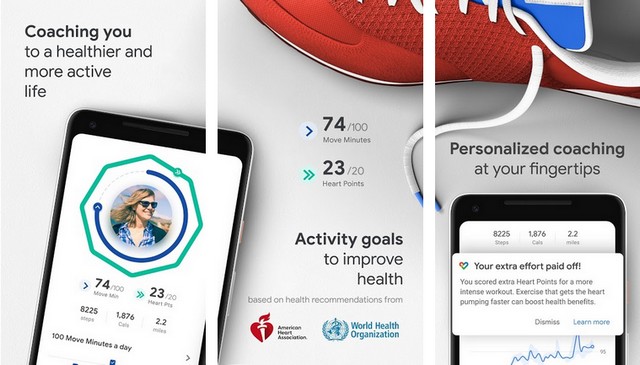 Google Fit is another very popular running apps out there. It keeps track of exercises, calories burned and other things. Moreover, the app also supports the wearables such as Wear OS, Nike+, Runkeeper, MyFitnessPal, Lifesum and many more. Google Fit is completely free to use and it is still better than many premium apps out there. If you are on a budget then Google Fit is the best option. 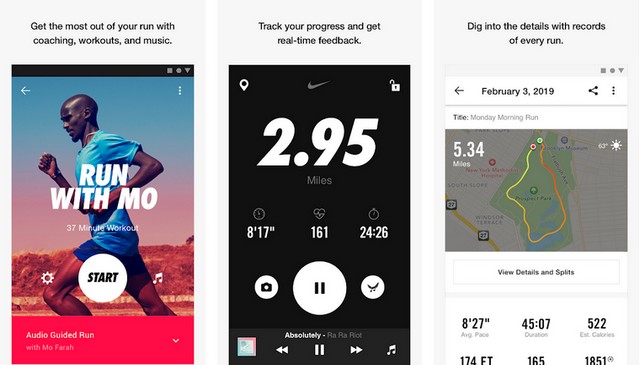 Nike+ Run Club is another very popular running app which effectively keeps track of both time and distance. Moreover, the app also uses the mobile sensors to automatically stop the timer if you take a break. The app also features the achievements, leaderboards, and posters which help you stay motivated. Overall, it is a nice app with great UI and effective tracking. It is also completely free to use which isa major plus. 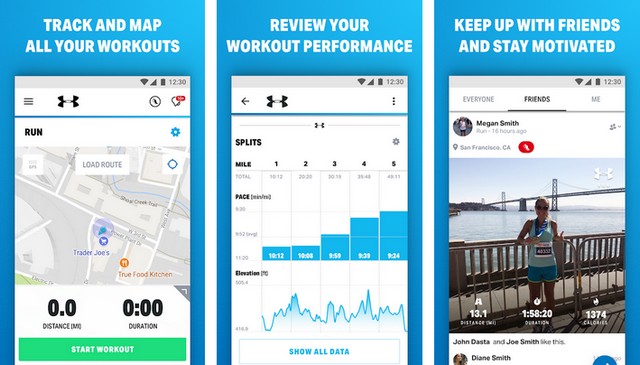 Map My Run another very popular running app which hasa community of more than 40 million people around the world. The app effectively tracks your running routes, track stats, track goals, heart rate support, live tracking and many more. The free version of the app works well for beginners but if you are advanced level user then premium subscription is best for you. You can get it by paying $5.99. 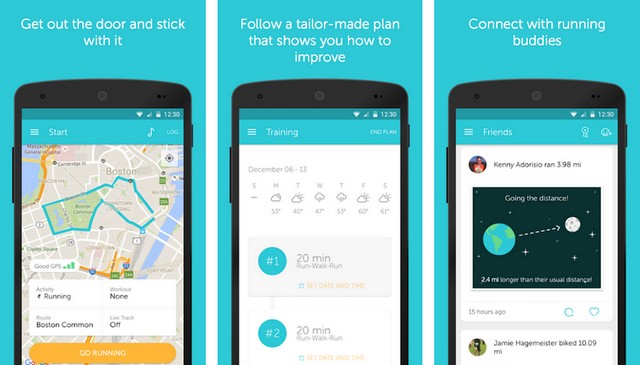 Runkeeper is another very popular running app which comes with tons of features. The app boasts features such as training regimes, tracking tools, goals, progress reports and many more. Moreover, it works well with wearables such as Wear OS, Garmin Watches and other Bluetooth devices. In the app, you will also find the challenges which you can join and share the achievements with your friends. Also, the app comes with audio cues which are motivating voice which will motivate you to complete your run. The free version of the app comes with basic stuff and if you want the premium features then it will cost you $9.99 per month or $39.99 per year. 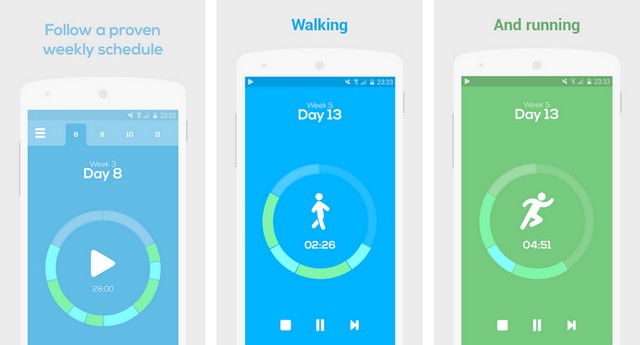 Runmore 5K TRiner is a simple running app which comes with native wear OS support. In the app, you will start with 60 seconds of running and 90 of walking. You will work your way up to achieve the goal of running 5k. The UI of the app is very simple which make it easy to use. If you are a fan of dark theme then you can get it in the app with pro subscription. The free version comes with Ads and pro version is available for $0.99 per month. You can also gey the lifetime subscription by paying $2.99. 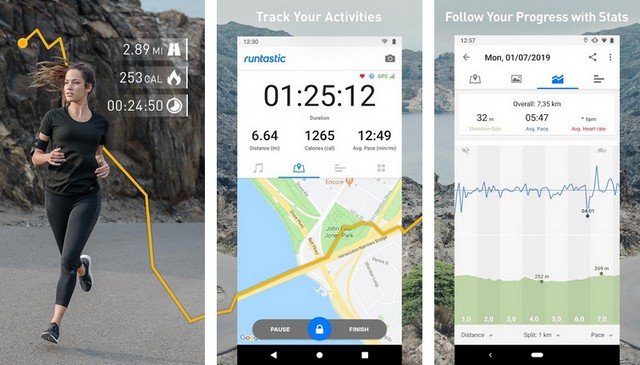 Runtastic is the android app developer on Google Play and it boasts the collection of various health apps. One of these apps is Runtastic Running Apps which is one of the best running apps out there. In the app, you get the features like running statistics, challenges, Leaderboard, 3D look on your run and many more. Moreover, the app work flawlessly with Garmin connect, Polar Flow, Google Fit & Runtastic Wearable Connect. The free version of the app comes with Ads and in-app purchases. 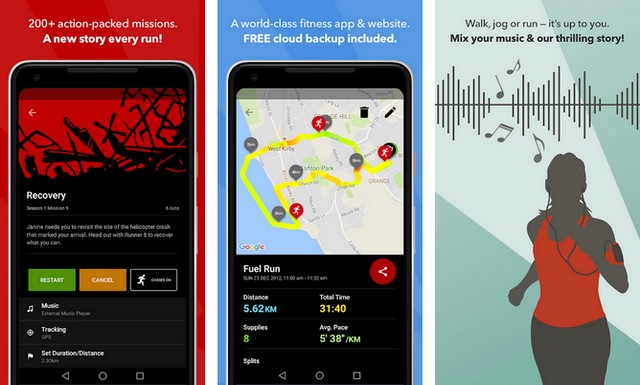 Zombies, Run! Is a unique running app which encourages you to run by telling you the story. The more you run, the more of the story you unlock. The app boasts over 200 story missions, zombie chases game mode and many useful features. The free version of the app comes with basic features but it gives you the idea of this app whether it is good for you or not. If you like the app then you can go for the premium version which will cost you $3.99. We would recommend you to try the free version as this app is really good and you should give it a try. If you use the Wearable then you can use the wearable apps. Most of the Wearables like Wear OS, Samsung Gear, Fitbit and other comes with their dedicated apps which are really good and you can use them to track your running. As the apps are optimized to work flawlessly with the wearable, you will get more effective tracking as compared to the general running app. Usually, wearable apps are free to use.

These are the 10 best running apps for Android. Most of these apps are free to use but if you want the advanced features then you can go for premium apps. If you have any questions, please let us know in the comment section below. You can also check out the best fitness apps for Android on our website. How to Boot Samsung Galaxy S4 into Safe Mode

Chris M - 12 July 2019
In this guide, you will learn how to boot Samsung Galaxy S4 into safe mode. Samsung is one of the biggest Android smartphone manufacturers...

How to Take a Screenshot on Huawei P40 Pro

How to enable Dark Mode in WhatsApp for Android