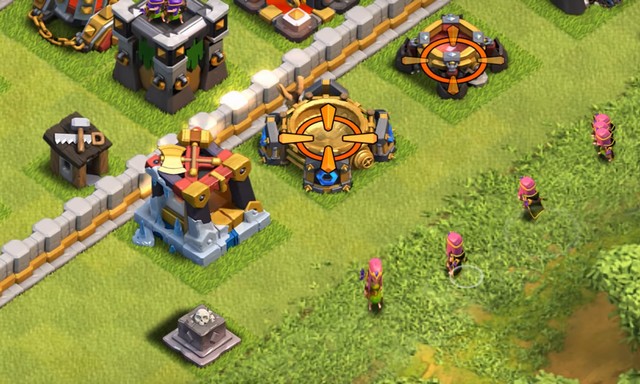 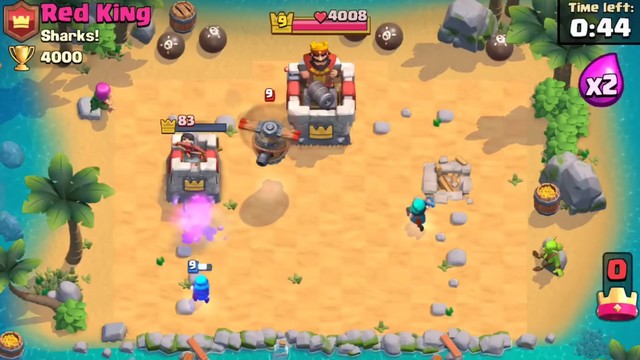 Clash Royale is the best tower defense game out there. In the game, you will be playing with another player in an arena and your main goal is to defend your towers but at the same time, try to destroy the other towers. At the end of the match, the player with the most towers will win the game. The game also comes with two players mode where you can team up with another player and play against another team. It also comes with the clan system, a lot of powerful cards which you can add on your deck, tournaments, clan wars and more. The game is completely free to play with in-app purchases. 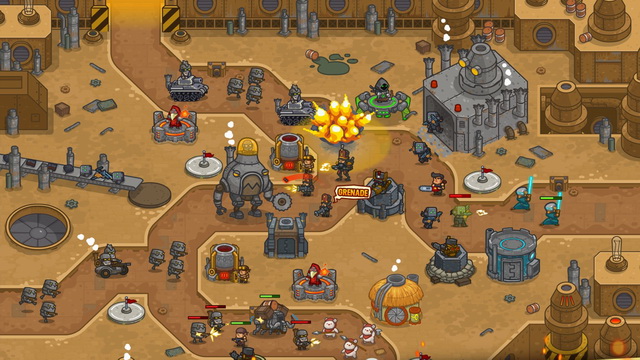 Steampunk Defense is another very good tower defense game which is very fun to play. In the game, you will be commanding your steampunk troops and you will have to come up with the strategy to take control of the towers as well as to win the battle. The game comes with tons of tanks and guns and you will have a lot of time to showcase your battle skills. Steampunk Defense is completely free to play. 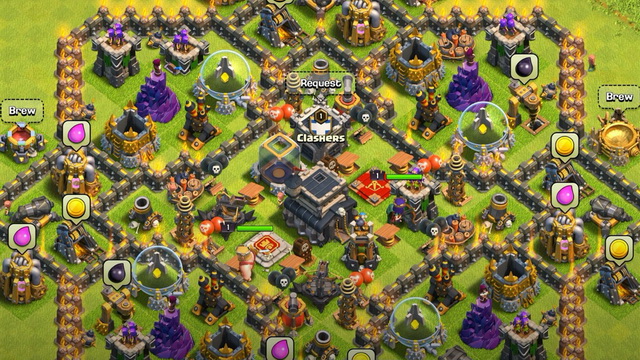 Clash of Clans is one of the best strategic and Tower defense games available out there. The game has been around for years and still, it is on the top. In the game, you will be building your army to attack the bases of other players and get the resources to build your base. You will have the help of magic spells and heroes in this battle but you will have to come up with an impeccable strategy to beat the defense system of your opponent. Clash of Clans is an amazing game and you should give it a try. 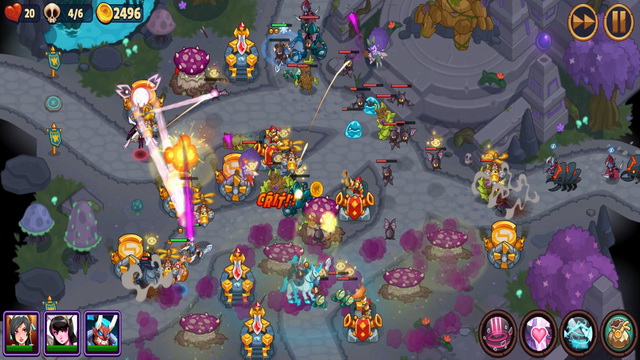 Realm Defense is a true tower defense game where your goal is to protect your kingdom from annihilation. You will have to come with a good strategy to kill the slimes, goblins, and skeletons. The game features the 40 levels and each level has its own challenges and will test your strategic skills. It also comes with tournaments where you can compete and get rewards. Realm Defense is completely free to use. 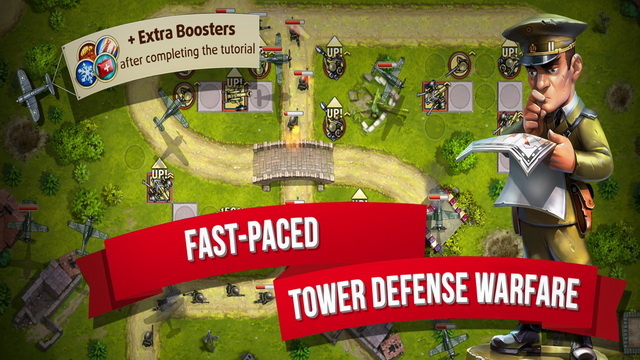 Toy Defense 2 is one of the most comprehensive tower defense game which comes with a lot of action. In the game, you will be commanding the robust vehicles and your goal is to become the best commander out there. The game comes with more than 290 challenging missions which will test your strategic skills. Moreover, you can also participate in dynamic PvP battles where you will be up against the best players around the world. Toy Defense 2 is completely free to use. Epic War TD 2 is a high-octane tower defense game which comes with mass destructions and epic battles. In the game, you will have to come up with an effective strategy to dominate your enemies. You will find the 9 high-power towers and 4 mega towers to stop the enemies. It also comes with 40 different challenging units which will test your skills. Moreover, the game comes with 50 missions and each mission has its own challenges. Overall, it is a nice game and you should give it a try. 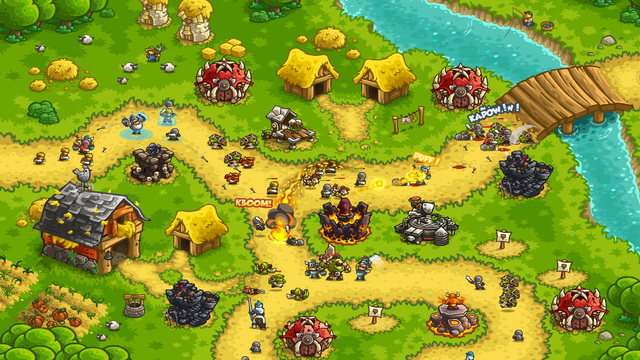 Kingdom Rush Vengeance is one of the most popular tower defense games out there. The game comes with 17 powerful towers to defend your kingdom from the enemies and you will have to place them strategically to give the maximum damage to your enemies. Moreover, you will also have the assistance of 10 powerful heroes who will defend the kingdom at your command. Overall, It is an excellent game with solid gameplay. You can get it for $4.99. 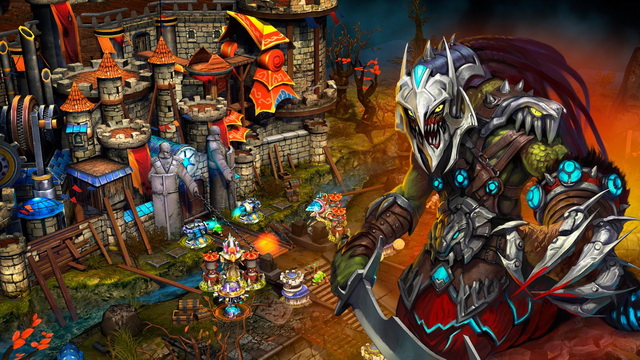 Defenders is a unique game which combines the tower defense gameplay with collectible card game elements and it results in an awesome game. In the game, you will have more than 20 towers to defend your tower and you will have 25 upgrade levels of each tower which will make them more powerful. You will earn a different set of cards after every battle and to win the battles you will need to select your cards strategically. In the game, you will be up against the mutated fungi, giant goblins, and deadly nagas. 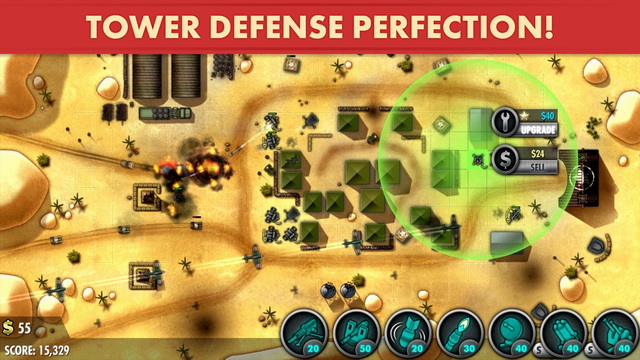 iBomber Defense Pacific is another very unique tower defense game where you will have to come with great tactics and strategy to win the game. It comes with beautiful 3D graphics backed by great maps, deadly weapons, and solid gameplay. In the game, you will have to completely destroy your enemies and in order to do that, you will have to search and target hidden targets, repair units and destroy enemy posts. Overall, it is a great game with solid gameplay and stunning graphics. You can get it for $2.99. 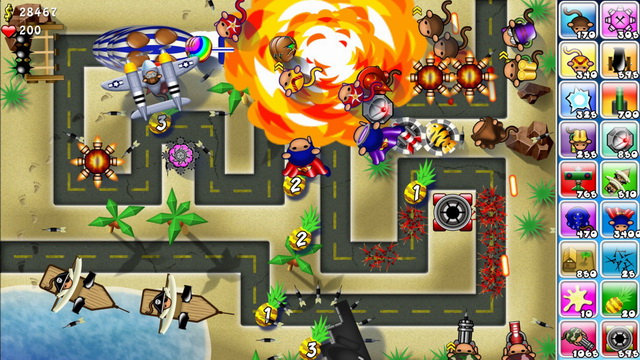 Bloons TD is arguably one of the best tower defense games out there. The game with stunning depth and replayability which you won’t find in many Tower defense games. It comes with more than 50 tracks and each track has its own terrain. Moreover, you will be playing more than 250 challenging missions with 10 special missions to test your strategic skills. Bloons TD is a premium game and you can get it for $2.99.

Best Motorcycle Games for iPhone and iPad in 2020

Best Card Games for iPhone and iPad in 2020

Frank Perry - 9 August 2020
Digital books is the real thing these days and many people prefer to read books on their Android smartphones. However, it is very difficult...