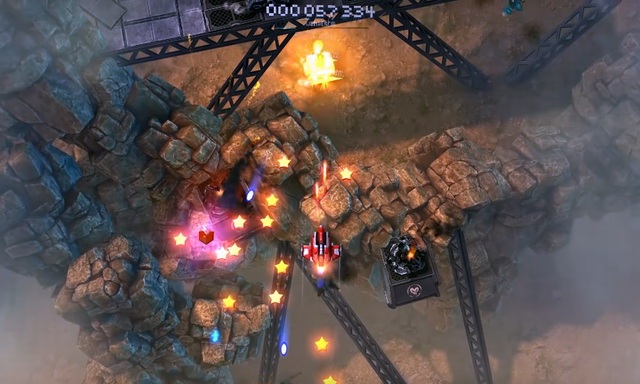 When it comes to action games, no other genre is as popular as action games and action games are also equally popular on Android. On Play Store, you will thousands of action games including shooters, fighting, adventure, platformers and many more which make it difficult to find the best ones. In this guide, we will share the best action games for Android in 2020. 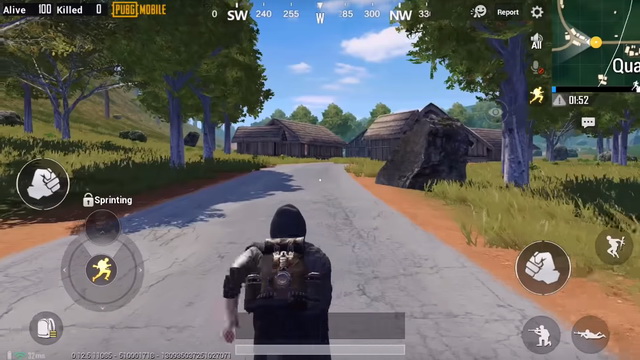 PUBG Mobile is arguably one of the best action games for Android. It’s basically a battle royale game where you will get the ultimate action. In PUBG, you will be dropped on an island with 100 other players, and you will have to kill them all to win the chicken dinner.

The game comes with team matches as well, where you can team up with your buddies and win the chicken dinner together. Overall, it’s a really good action game, and you should give it a try. 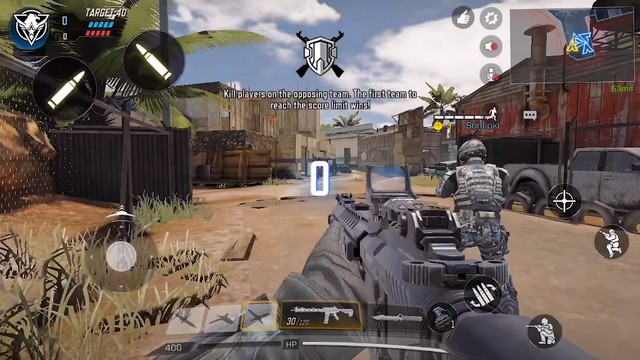 COD Mobile is another very promising action game that comes with the ultimate action. The game comes with an iconic multiplayer mode where you get different sub-modes such as Team Death Match, Free for All, Frontline, and other modes. It also comes with tons of weapons as well, which you can customize and make them lethal.

COD Mobile also features the Battle Royale mode, which works very similarly to PUBG Mobile. You will be dropped on an island with other players, and you will have to kill the other players to win the match. Overall, COD Mobile is a very comprehensive action game, and you should give it a try. 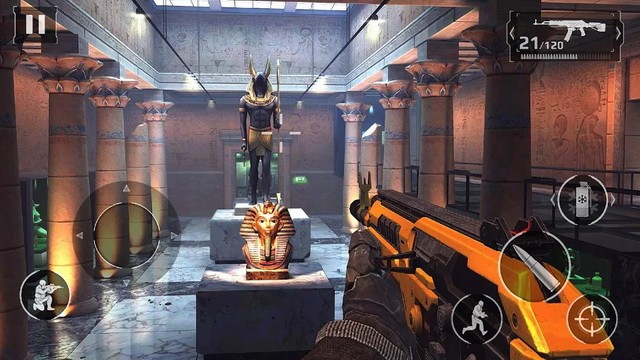 Modern Combat 5 is one of the best action games for Android. It’s a very comprehensive first-person shooter game that comes with ultimate action and top of the line graphics.

The game comes with 9 unique classes that you can pick, and each class comes with its own skills, which will help you in the gameplay. You get the choice to play solo, or you can play with your teammates in a teamplay mode. It also comes with features duck as quad chat, which you can use to plan your attacks on the other teams. You can play Modern Combat 5 for free, but it comes with ads and in-app purchases. 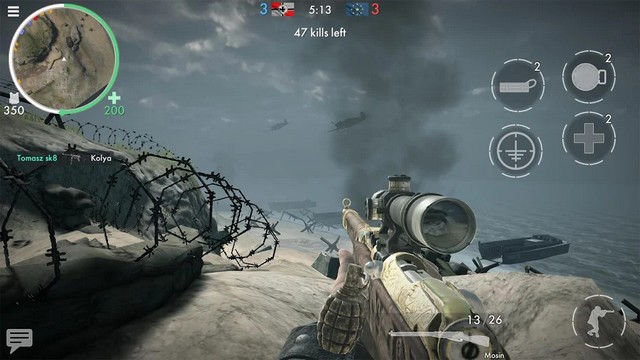 World War Heroes: WW2 is one of the best action games that comes with tons of action from the World War 2. The game comes with unique WW2 battle equipment from the forces such as USA, USSR, Japan, and Germany,

It comes with 6 different game modes and 7 legendary WW2 Battle zones where you can play and show your skills. The game comes with modes such as Team Battle, TDM, One-life battles, and many more. You can play World War Heroes: WW2 for free, but it comes with ads and in-app purchases. Cover Fire is another up-and-coming action game that comes with great potential. The main highlight of Cover Fire is that it’s an offline game, which means you can play it offline.

Obviously, it comes with some sacrifices, but it’s a great game to kill time, especially when you don’t have access to the internet. Overall, Cover Fire is a really good action game, and you should give it a try. You can play the Cover Fire for free, but it comes with ads and in-app purchases. 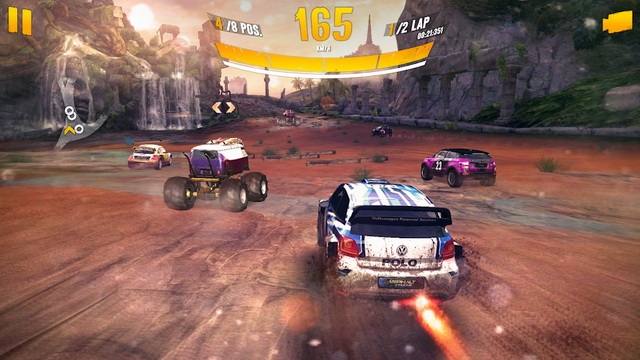 Asphalt Franchise is known for its awesome racing game and extremely good graphics and Asphalt Xtreme: Rally Racing is no exception. It is one of the best off-road racing games out there. In this game, you get the 5 different gaming modes and over 400 different races. It also comes with 500 various challenges which will test your driving skills. You also get to choose your favorite car from 35 vehicles. If you are into off-road racing games then Asphalt Xtreme: Rally Racing is an excellent option. Brawl Stars is another great game by Supercell. Supercell also has the games like Clash of Clans and Clash Royale on its credits which are two of the most popular games out there. In this game, you get to play in 3 v3, 2v2 and 1v1 combat modes. You also get the various gaming maps and each has its own difficulty and layout. The game has simple mechanics yet very interesting gameplay. If you want to play something unique then Brawl Stars is a great option. Critical Ops is a very famous FPS video game which has more than 50 million downloads and 1.7 ratings on PlayStore. In this game, you can either play as a terrorist or you can join the counter-terrorism team. The game has simple skill-based progression which is more suitable for FPS games. The developers are still adding new features to the game so you can expect many new features in it, over the next few months. It is also free to play but there are in-app purchases for gear and cosmetic items. Evoland 2 is premium-game which take its inspiration from many genres including 2D RPG, Shooting, trading card game and many more. The game has more than 20 hours long gameplay in which you will get the tins of classic game references. In the game, you will progress with the story, where on one stage you will be playing Legend of Zelda style gameplay and on the next stage you might come across match-three combat. It is available for $7.99 and there are no Ads in the game. 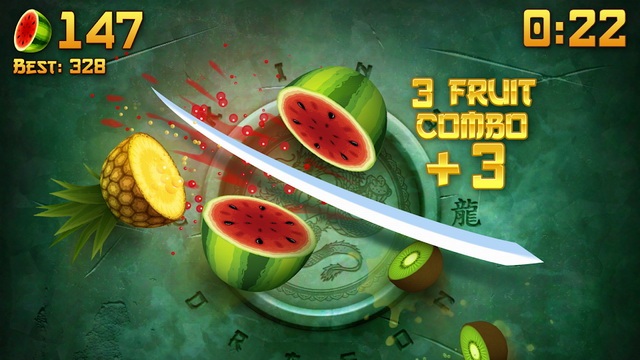 Fruit Ninja is one of the most popular arcade game out there and in this game, you will slice the fruits. Simple yet very addictive gameplay will make you play this game for hours and you will still not be tired. The game has very beautiful graphics and a variety of colorful fruits which look pleasant to eyes. It also has various gaming modes like Zen mode, classic mode and many more. If you want a simple game with great mechanics then Fruit Ninja is certainly a great option.

Into the Dead 2: Zombie Survival Into the Dead 2 is one of the most unique runners game available out there. In this unique game, you will run through the fields and you will have to defend yourself against zombies with the weapons. The game also has multiple endings depending on the decisions you make during your progress. In the game, you also get daily and special events. if you are looking for a unique action game then Into the Dead 2 is for you. MADFINGER Gaming Franchise is known for its awesome action game. The company has games like Zombies shooters Dead Trigger, Dead Trigger 2, action games like Shadowgun Legends and many more on its credits. All games have stunning graphics, great shooting mechanics and a lot of content. Some of these games are also multiplayer so you can team up with your buddies to have some fun. If you are into more zombie and sci-fi shooting games then MADFINGER Games are for you. Mapple Media is another very popular company which is known for its extreme sports games. The games like Skateboard Paty 3, Snowboard Part, Mike V: Skateboard Paty are developed by this company. These games have very good graphics and great mechanics. The only problem with these games is the clunky controls, so if this isn’t an issue for you then these games are for you. 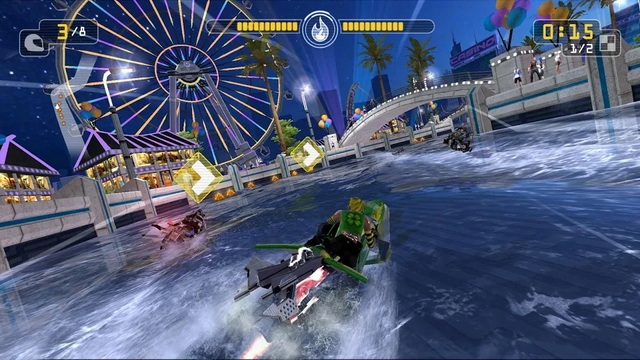 No List is complete without the legendary Riptide GP: Renegade. In this game, you will race with other players using the Skis. The game has extremely realistic mechanics which make the game more fun to play. In the game, apart from the regular campaign, you can also play online with other players. It is available for $2.99 and there are no in-app purchases. 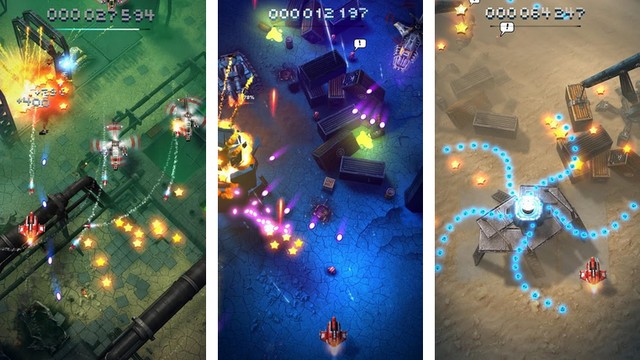 Sky Force Reloaded is a famous top-down shooter video game in which you will get the ton of action. The game comprises the multiple levels and in each level, you will have to destroy the opponents’ jets, turrets, and other defensive buildings. At the end of each level, you will also have to destroy the mastership to proceed to the next rounds. You will also upgrade your jet to make it more powerful. Overall, it was very simple yet addictive gameplay. If you are a fan of top-down shooter games then Sky Force Reloaded is a great option for you.

These are the 15 best action games for Android. Each game has its own unique gameplay and most of them are also free to play which mean you can check their gameplay and pick the one which suits you. Let us know your favorite action game in the comment section below. You can also check out the best free Android games on our website.

Best Marvel Games for Android in 2020

Frank Perry - 9 February 2020
Marvel cinematic universe is very popular due to the superheroes such as Thor, Captain America, Iron Man, Guardians of the Galaxy and Hulk. There...

Best Pinball Games for Android in 2020