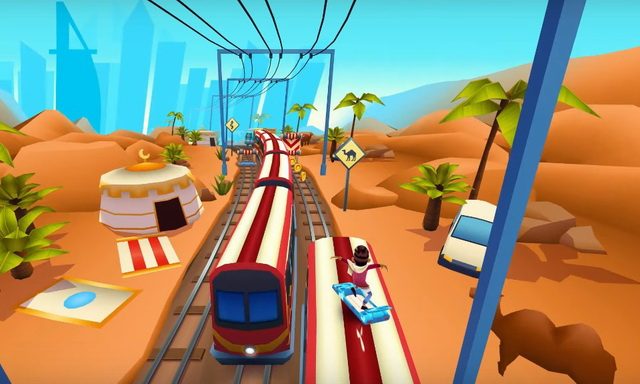 Temple Run is one of the most iconic and popular games out there and the majority of us has played this iconic game at some point in our lives. It is an endless runner game and this gameplay is very addictive. However, it can get boring because you always start at the same point. Don’t worry, we have compiled a list of the 10 best games like Temple Run on Android. Let’s get started. 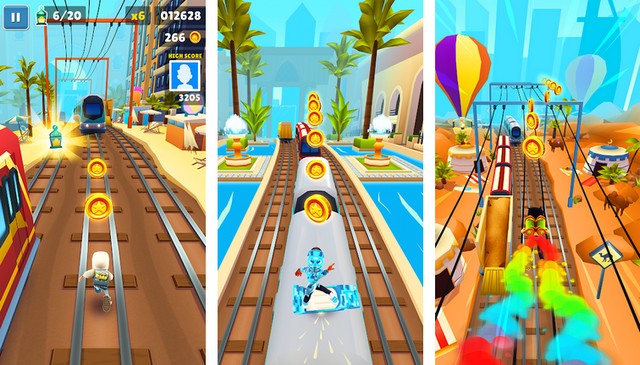 Subway Surfers is an endless runner game which is similar to Temple run in term of mechanics but it offers a lot to its users. The best thing about the Subway surfers is that its developers regularly give the new look to the game every month which make it more interesting. Moreover, it also has other unlockable characters, boards, and powerups which you can use in the game. Subway Surfers is an excellent option for those who are looking for a more modern alternative for Temple Run. 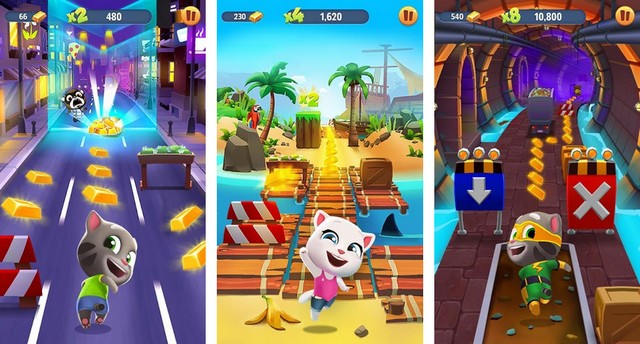 Talking Tom Gold Run is another endless runner game which takes its inspiration from Temple Run and Subway Surfer. If you have played the games like Temple run and subway surfer before then you will clearly see many similar elements in the game. Just like subway surfer, it has missions for loot, collectible stuff, and unlockable characters. If you don’t like Subway surfer for any reason then Talking Tom Gold Run is a great option for you. 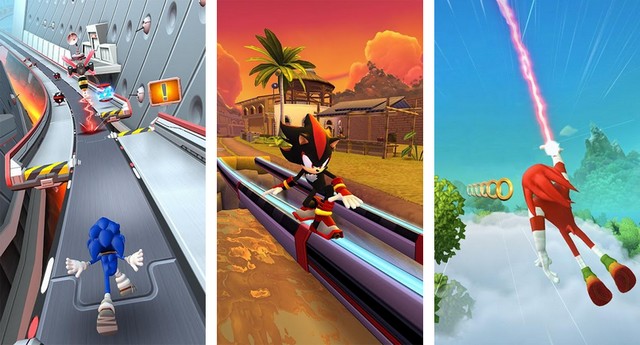 Sonic Dash 1 and 2 are two of the most popular games out there and these games are very similar to Temple Run in terms of mechanics. These games have classic three lanes and each lane has various obstacles, boss fight and many more. Moreover, these games are developed by legendary game developer SEGA and you will see various components from SEGA super hit games in these two games. You can play these games for free but there are in-app purchases. 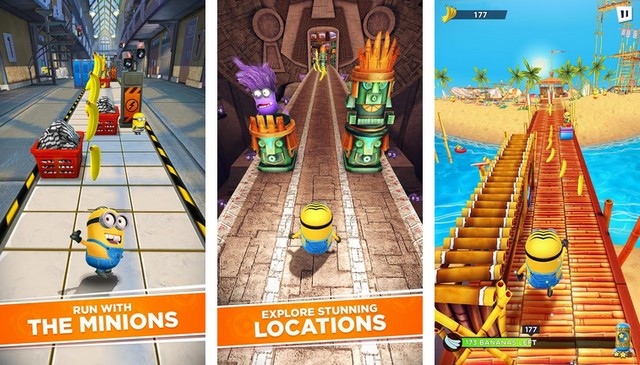 Minion Rush: Despicable Me is another endless runner game which is very similar to Temple run in term of mechanics. It comes with classic three lanes and each lane has multiple obstacles which you have to overcome. Moreover, it also features the boss fights, challenges, power-ups missions, etc. The main highlight of the game is that it features the minions from the Despicable Me and you will see that the environment is designed on the theme of the film. If you are looking for something unique then Minion Rush: Despicable Me worth a Try. 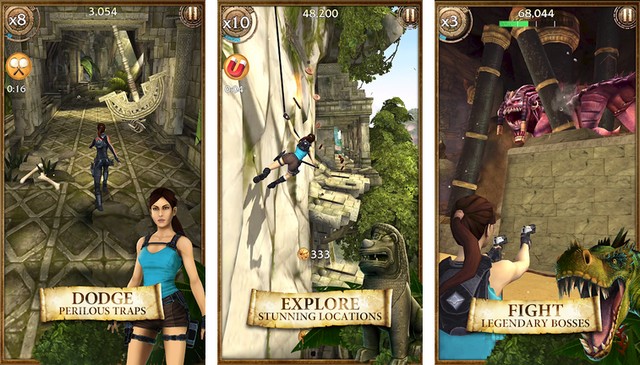 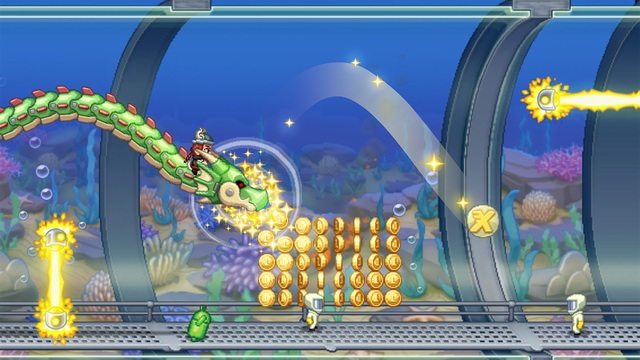 Jetpack Joyride is a 2D infinite runner game which is very popular. In the game, you will be playing the role of Barry who has a jetpack and your goal is to avoid obstacles and collect other stuff. The game has very simple yet addictive gameplay and you will have real fun playing it. its controls are also very simple and easy to learn. Jetpack Joyride is free to play but there are in-app purchases. 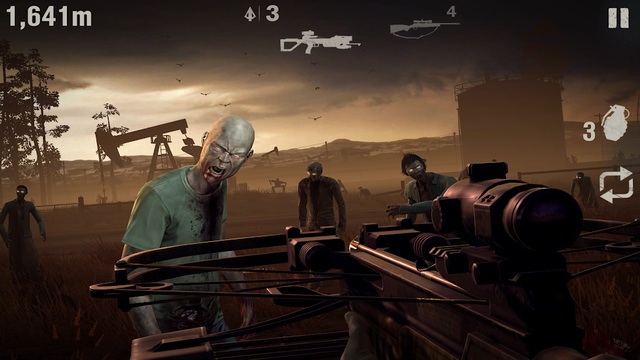 Into the Dead 2 is the latest entrant in the popular zombie running franchise – Into the Dead. This game is pretty similar to the Temple run mechanics but it adds some components from survival to make it more interesting. In the game, you will be running through a horde of zombies and you will have to survive as long as possible. There are more than 60 stages in the game and you will have the dog friends to accompany you. The game also features the multiple endings so your decisions during the game will impact the ending. If you are into zombie games then you will definitely gonna love this one. 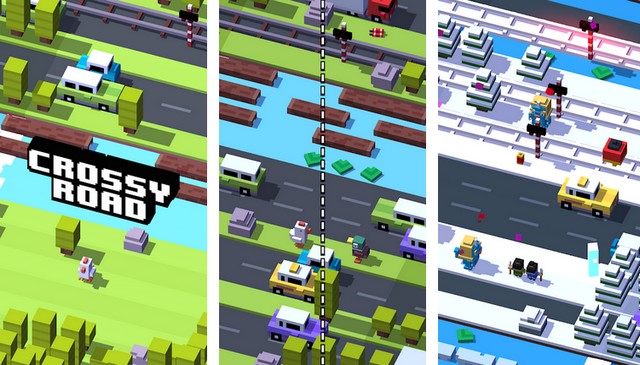 Crossy Road is one of the most popular runner game of all times. In this game, you have the role of a chicken and you will be crossing roads, streams, and other hurdles. During the crossing, you will have to ensure that you don’t get hit by cars or get drowned. There are also unlockable characters which you can unlock. You will also find the local and online multiplayer game functionality in the game. If you are looking for a challenging yet interesting runner game then Crossy Road is a great option for you. 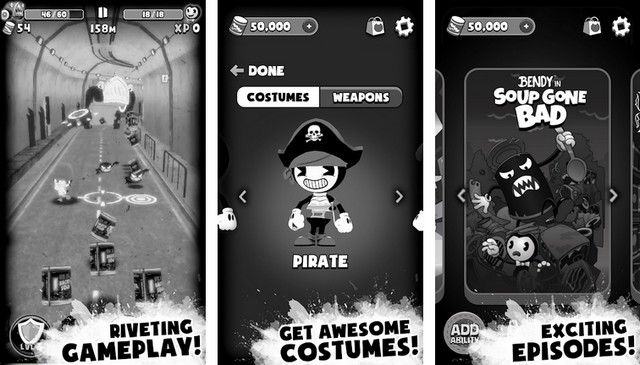 Bendy in Nightmare Run is a unique game which has similar mechanics like Temple Run. The game features the looks from the 1930s so it will look appealing to those who like to have the retro look. Moreover, the game also has unique animations which you won’t find in other endless runner games. The game includes the boss fights, unlockable items, and many more features. If you are looking for a unique gaming experience then Bendy in Nightmare Run is a great option for you. Moreover, it is free to play. 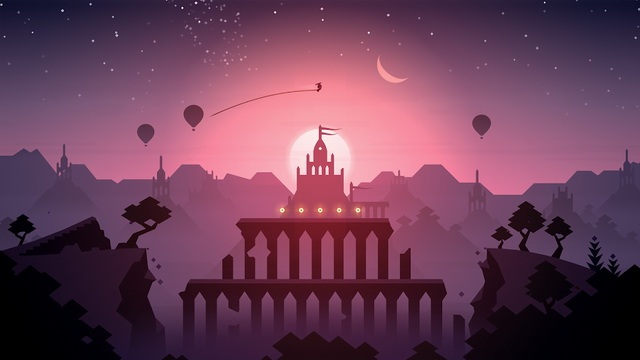 Alto’s odyssey is the new entrant of the famous side-scrolling runner series – Alto. In the game, you will have similar mechanics like Temple Run but in 2D. The game features beautiful graphics, very easy controls and tons of unlockable content. The previous installment of this series – Alto’s Adventure is also very good but it lacks the dynamic weather feature and some other features. Both games are free to play but there are in-app purchases.

Temple run is one of the greatest games of all time but we expect that developers will add more content to make it more interesting. In the meantime, you can check these games to have some fun. Let us know which game is a worthy substitute of Temple Run, in the comment section below. You can also check out the best Endless runner games for Android on our website. 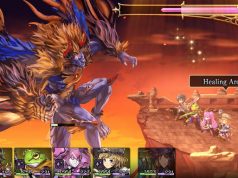 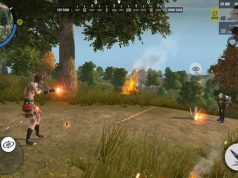 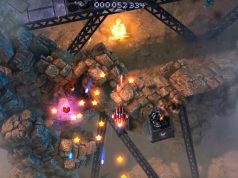 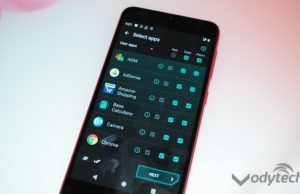 Frank Perry - 31 December 2019 0
Android has come a long way since its inceptions and many processes like rooting your devices which used to very popular but these days...

How to Transfer Text Messages from iPhone to New iPhone