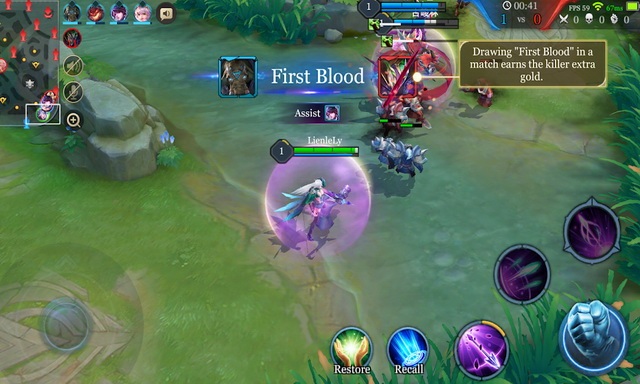 Multiplayer Online Battle Arena or MOBA is a relatively new genre on mobile but it has been around for years and now we are seeing many good MOBA games on Android as well. There are hundreds of MOBA out there and it is very difficult to find the ones which worth the download. In this guide, we will share the best MOBAs for Android in 2022. 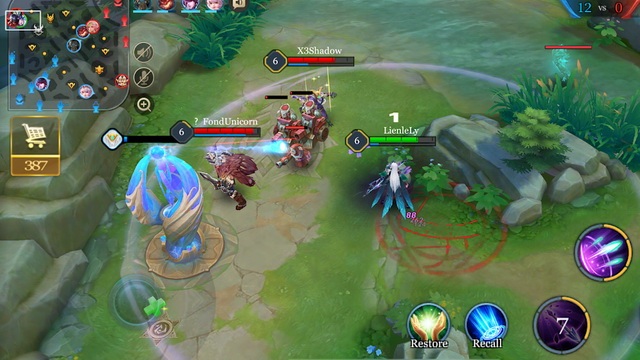 Arena of Valor is one of the best MOBA video game out there and it features the 5v5, 3v3 and 1v1 game modes which are awesome. There are also more than 3 dozen of heroes to choose from and every hero has its own unique powers. Every match is 10 minutes long. The game is free to play but there are in-app purchases. Just like other MOBAs, some heroes in Arena of Valor are available for some price so if you want to use them you will have to spend the real world money. 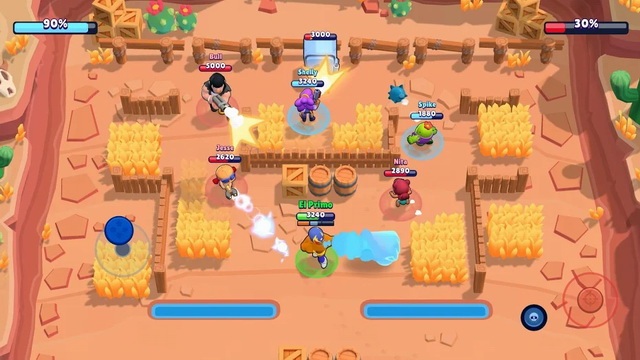 Brawl Stars is the lightweight MOBA by Supercell. The company hasgames like Clash of Clans and Battle Royale on its credit. Brawl Stars feature the different heroes known as Brawlers and each brawler have some unique powers. There are also multiple arenas and modes which you can play. Brawl Star is not a true MOBA but it has some elements from MOBA which make it the lightweight MOBA. If you are looking for some unique MOBA gaming experience then Brawl Stars is an excellent choice. 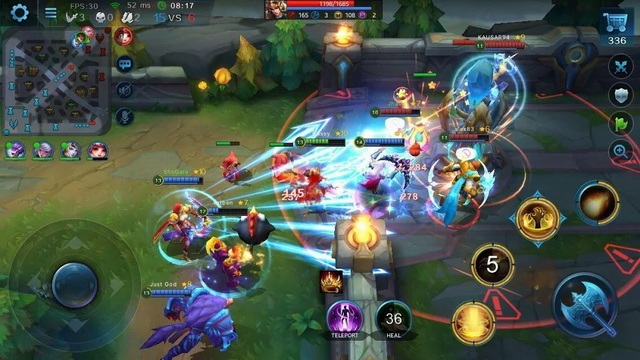 Heroes Evolved is one of the most popular MOBAs on Android. The game provides the pure MOBA experience on your smartphone and it also comes with some of its own unique features. It features more than 40 heroes and each hero has its own unique feature. There is also a clan system where you can either make your own clan or you can join other clans. It also includes multiple modes such as Short match mode, chaotic strike game mode and many more. The game also features good graphics which enhance the overall gaming experience.

Heroes of Order and Chaos 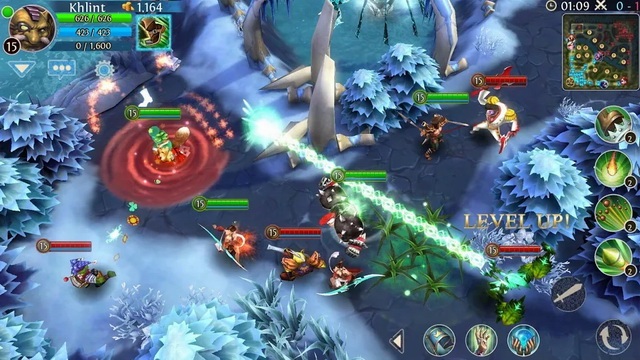 Heroes of Order and Chaos is a newer MOBA but it is surprisingly good. The game is developed by the gaming giant Gameloft so you can expect some really good features in the game. It features more than 57 unique heroes and every hero has its own powers. There is also no energy system so you can play as often as you want without any restriction. The game feature multiple modes including 3v3 and 5v5 matches. There is also an eSports commentary feature which enhances the overall gaming experience. Mobile Legends: Bang Bang is another really popular and old MOBA on PlayStore. The game features the 5v5 battles with ten minutes match lengths. The controls are also very simple. According to their description, the matchmaking wait is 10 seconds but in our experience, it was a little bit more but still is respectable. If you are looking for a good MOBA game then Mobile Legends: Bang Bang is a really good option. Onmyoji Arena is freemium MOBA game developed by NetEase. The game work similar to the other MOBA games but it also comes with some unique feature such as 3v3v3 battle royale mode which is extremely fun and chaotic. It also features really good graphics and solid controls. If you are looking for a MOBA with Battle Royale touch then Onmyoji Arena is a really good option. 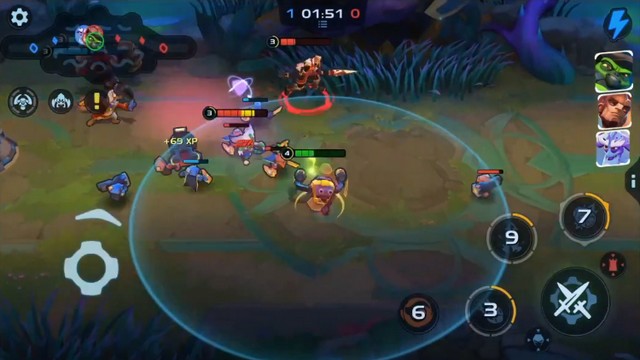 Planet of Heroes is another really good MOBA which comes with 3 difficulty modes for AI Combat, 3v3 combat with seven minutes match length. The game also features some RPG components which make it more interesting. It is also one of the very few MOBAs which come with the single-player campaign mode. It is still newer and developers will be adding more content to it in the future. Planet of Heroes is a really good MOBA and you should try it. Brave Dungeon: Immortal Legend is one of the best MOBAs for Android. The great thing about this game is that it combines the MOBA Genre with RPG, which results in a very interesting game.

As it’s a hybrid, you will see the elements from both genres, which we believe enhances the overall gaming experience. In the game, you will be collecting heroes to make the ultimate team and then use them to win your battle. It comes with tons of rewards that will help you progress in the game. If you are looking for something unique and different from conventional MOBAs, Brave Dungeon: Immortal Legend is a solid option for you. 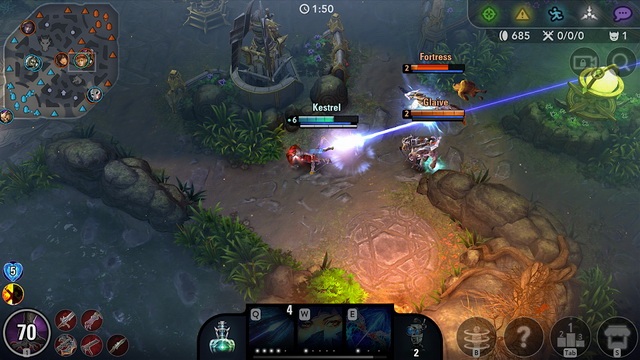 Vainglory has been around for more than 4 years and still, it is one of the most popular MOBA on PlayStore. The game features over 25 heroes and each hero has its own unique skills. The standard match length is 7 minutes but there is also an option for 25-minute matches. Vainglory is the hardcore MOBA and if you are looking for a good MOBA game then Vainglory is our recommendation. It is free to play with some in-app purchases. 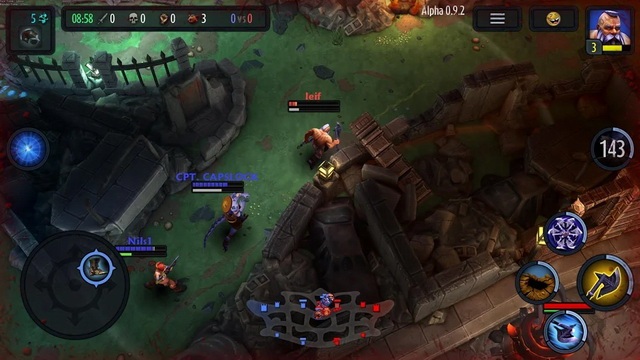 Heroes of SoulCraft is another really good MOBA which has a comparatively less steep learning curve which is perfect for those people who are new to the MOBA world. However, hardcore MOBA players maybe find it too easy to play. The game offers the 3v3, 5-minute matches and 5v5, 15-minute matches. There is also a good collection of heroes available and you can select the hero of your own choice. Each hero has its own ability which will give you an edge in the game. Overall, the graphics are good and you can play the game with the external controller as well which mean you can enjoy it on Android TV as well. It is free to play but there are Ads which pop up from time to time.

These are the 10 best MOBAs for Android. You can pick the one which best suits your play style and you can’t go wrong any of these. Let us know your favorite MOBA in the comment section below. You can also check out the best strategy games for Android on our website. 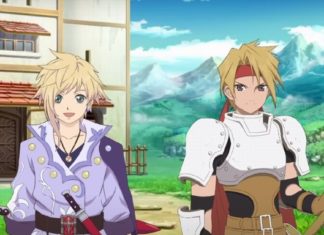 Frank Perry - 3 March 2022
Anime is a very popular genre these days, and it is loved by millions worldwide. That's why we are seeing a lot of new...