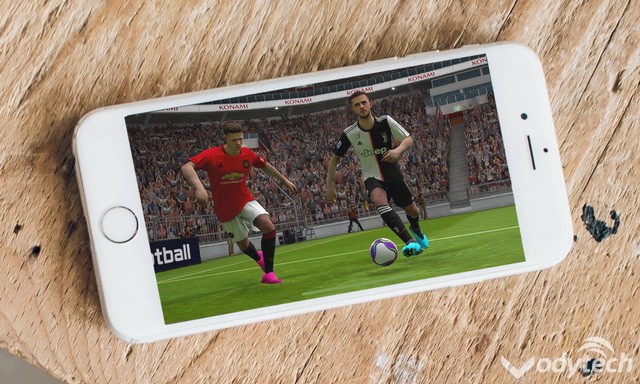 FIFA Soccer is arguably the best football game available out there and it comes with all bells and whistles which you would find in any good football game. In this game, you will get the choice to play with your favorite clubs such as Real Madrid, Barcelona, PSG, Bayern Munich, and others as well as your favorite players such as Cristiano Ronaldo, Lionel Messi, Suarez, and others. The game comes with tons of modes and competitions where you can participate to earn some great rewards. Moreover, the graphics of this game are also up to the mark and they look stunning. You can get the game for free but it does come with optional in-app purchases. 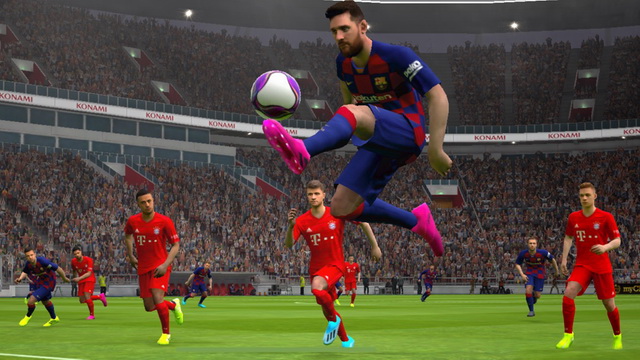 eFootbal PES 2021 is a very promising football game that directly competes with the FIFA Soccer for being the best football game. It also won the “Best Sports Game” award in 2019. In this game, you can play with the legends such as Beckham, Zico, Totti, and others. The game also features the players from the popular clubs such as Manchester United, FC Bayern and Juventus. Moreover, the graphics of the PES are also really good. If you are looking for a good football game then eFootbal PES is a great option. Soccer Cup 2021 is another very promising football game that offers the ultimate football experience on your smartphone. In the game, you can pick your favorite teams such as Argentina, Brazil, and others. The game also comes with various modes where you can participate to earn some rewards. Moreover, it also comes with the champions cup event and achievements. You can get the game for free but it does come with optional in-app purchases. 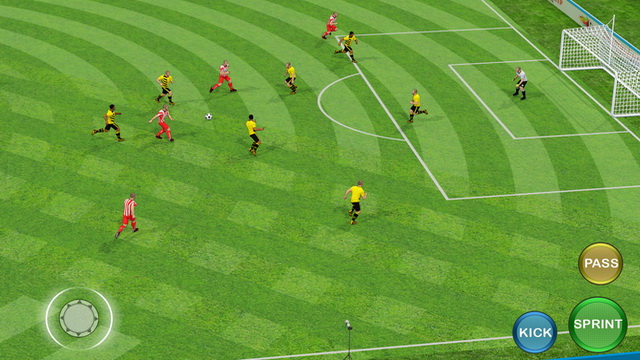 Soccer League is one of the best football games available on the App Store. In this game, you will be simulating all of your 11 players, you will control their movement and you will also decide when to shoot. The game features the international team, professional kits, and great pitches as well. Moreover, the 3D models of the players look real and you will love it. Soccer League is free to play but it does come with in-app purchases. 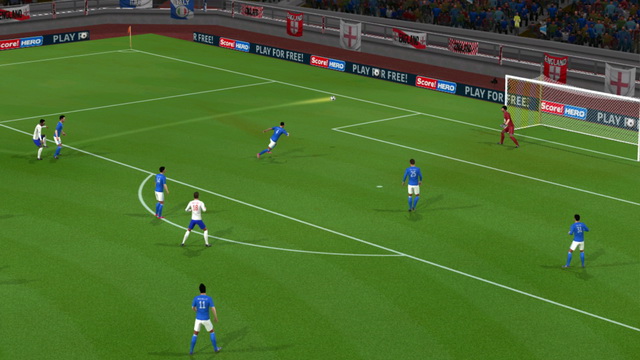 Soccer Hero! is a unique football game that offers the football experience with a unique touch. The main highlight of this game is its graphics which have a cartoonish and vibrant look. Moreover, the game comes with casual gameplay where you can pass the ball to another player before you run out of energy and that’s it. If you are looking for a casual football game then you should try Soccer Hero. 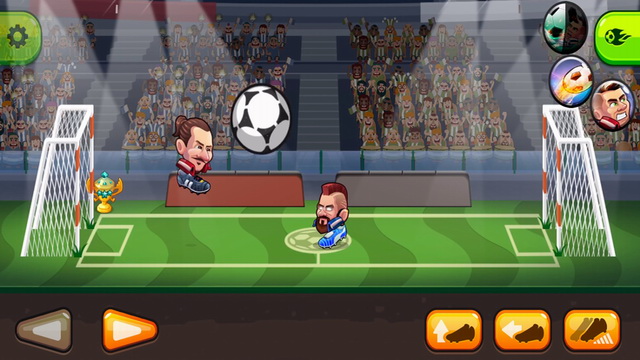 Head Ball 2 is the sequel of the popular football game, Head Ball and it is a casual football game. In this game, you will be competing against the other player in a 1v1 match. You will also unlock the 18 different superpowers which you can use at the right moment to get the score. Moreover, the graphics also have the cartoonish look but they look very attractive as well. The game also comes with characters that you can unlock and upgrade as well. It is free to play but it does come with in-app purchases.

Top Eleven: Be a Soccer Manager Top Eleven is the football manager game that has more than 200 million users around the world. In this game, you will build your own club, add your own stars and then become the manager of your club. You will be competing with the best managers out there in PVE matches. Winning the matches will earn you some rewards which you can add to your trophy cabinet and upgrade your team. You can get this game for free but it does come with in-app purchases. 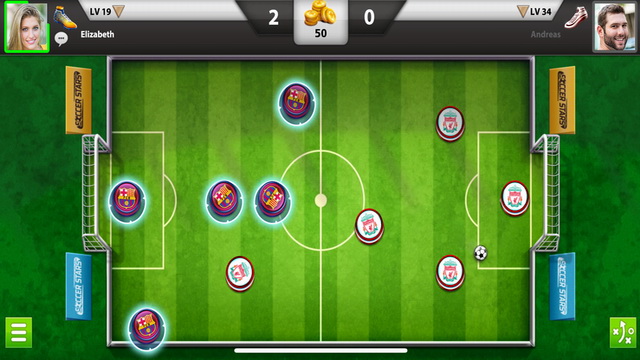 Soccer Stars is a unique football game that combines the mechanics of football with snooker and it results in interesting gameplay. In the game, you can create your team and add stars. You will also get the choice to either play online with other players or you can play offline. The game also comes with tournaments where you can participate against the best players around the world. You can get the game for free but it does come with optional in-app purchases. 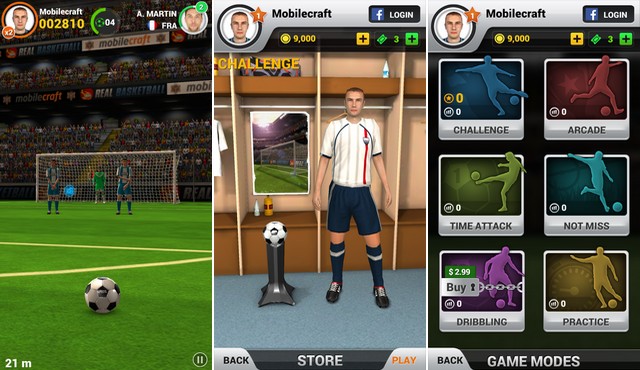 Flick Shoot 2 is one of the best football games available on the App Store. The game comes with 6 different play modes including Challenge, Arcade, Not Miss, Time Attack, Dribbling and Practice. Moreover, you also get the multiplayer mode where you can play with other players or you can participate in tournaments to get some extra rewards. You also get some customization options where you can customize football players, jerseys, balls and shoes. The 3D graphics of the game also look stunning. Overall, Flick Shoot 2 offers a complete package. 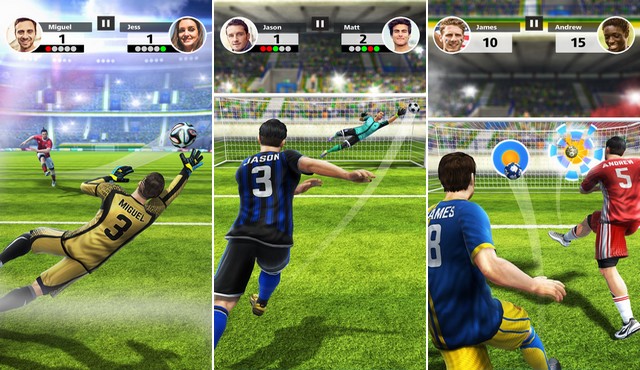 Football Strike is another football game by Miniclip and this one does come with actual football gameplay. The game comes with the shooting race mode and the Free Kick Modes. You can also invite your friends to play with you or you can play with the other players around the world. The game also comes with career mode where you can participate to get extra medals. You can get this game for free but it does come with optional in-app purchases. 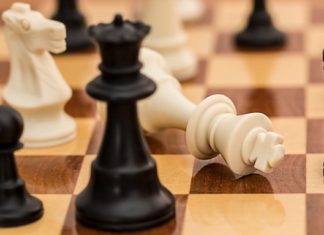 Frank Perry - 24 March 2022
Chess is a very popular game that has been around for hundreds of years, and still, it's followed by millions of people around the...

10 Best Multiplayer Games for iPhone in 2022

15 Best Strategy Games for iPhone and iPad in 2022