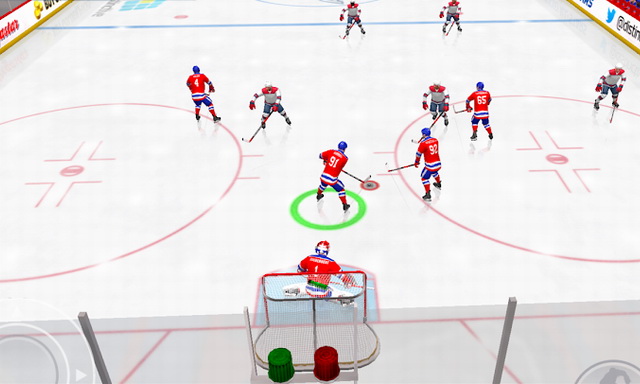 Hockey is one of the most popular sports in the world and it also hasa great following in different regions of the world. However, it is not as popular as football, basketball or cricket. There are hundreds of hockey games available out there but not all of them are worth downloading. We have handpicked the best hockey games for Android in 2021. 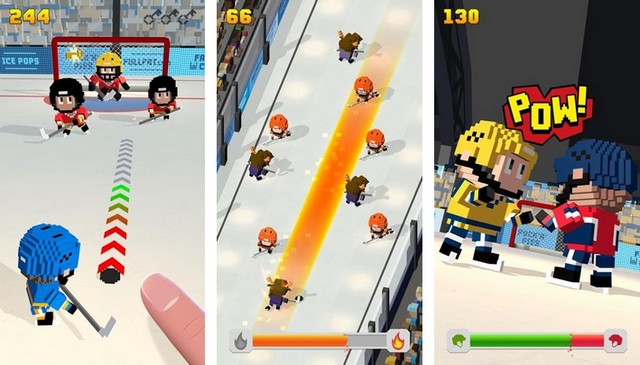 Blocky Hockey is a simple arcade hockey game which uses the runner mechanics. In the game, you skate down lanes and you will have to switch lanes in order to avoid opponents. The graphics of the game are retro style and it comes with multiplayer functionality. Overall, Blocky Hockey is a nice game to kill time but it doesn’t have great depth. It is free to play but the free version comes with Ads which you can remove by paying $2.99. 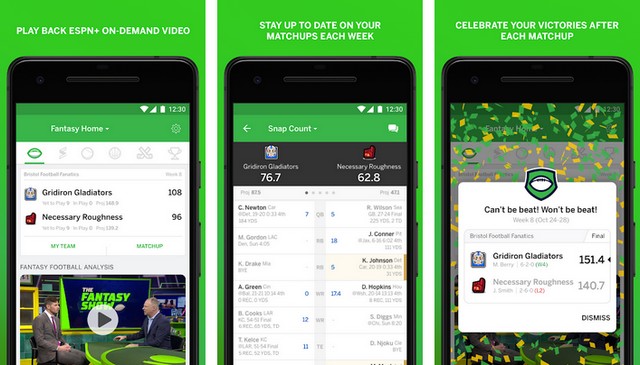 ESPN Fantasy Sports is a fantasy sports platform which supports the tons of sports including the hockey. On the platform, you can create your own league or join league, draft your team, set your roster, done trades and communicate with other managers in your league. Overall, it providesa decent hockey experience and you should give it a try. You can also check Yahoo Fantasy hockey which offers the almost similar experience. 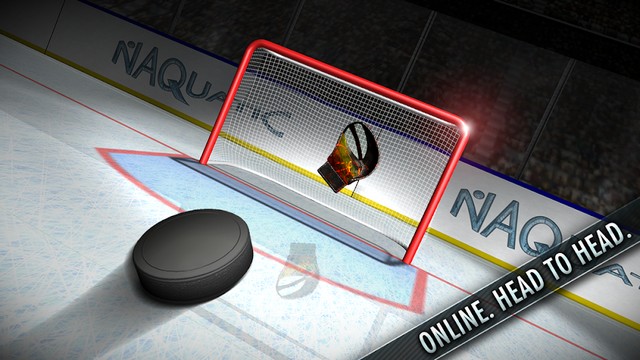 Hockey Showdown is another very popular hockey game for Android. In this game, you get the choice to play hockey against some of the finest hockey players around the world.

The game comes with tons of online tournaments where you can participate to earn great rewards. Also, the great animations make the whole hockey playing experience more fun. Comprehensive gameplay and tons of content make the Hockey Showdown one of the best hockey games for Android in 2021. 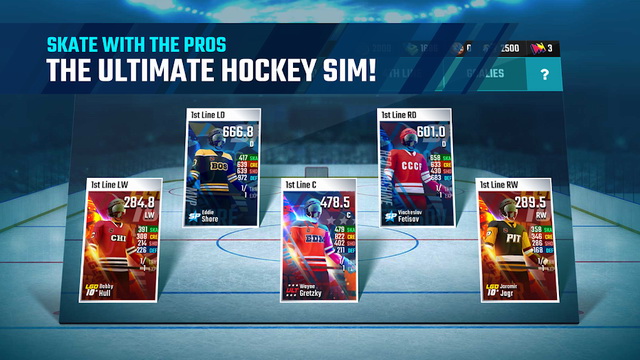 Franchise Hockey 2021 is fantasy hockey simulatory by CBS which allow you to build your own team, train your players, simulate full seasons and many more. It is a collective game and you will be collecting loot boxes in the form of player packs. Overall, it is a nice game which comes with freemium mechanics. Franchise Hockey 2021 is free to play with in-app purchases. 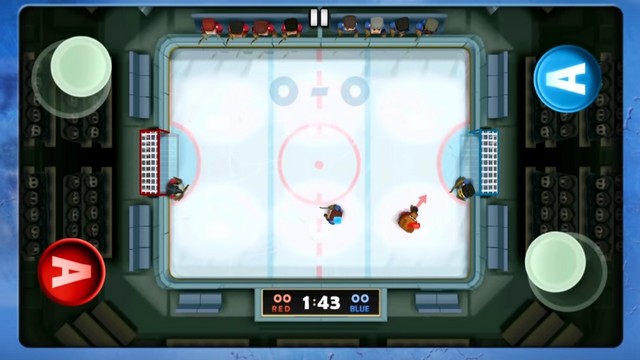 Ice Rage: Hockey is another arcade hockey game which comes with top-down view. In the game, you have a goalie and one skater and you play around until someone scores. The game comes with local multiplayer supports whee two players can play the game on the same device. It also features the tournament mode which you can play for fun. Ice Rage: Hockey is a premium game which you can get for $0.99 with in-app purchases. 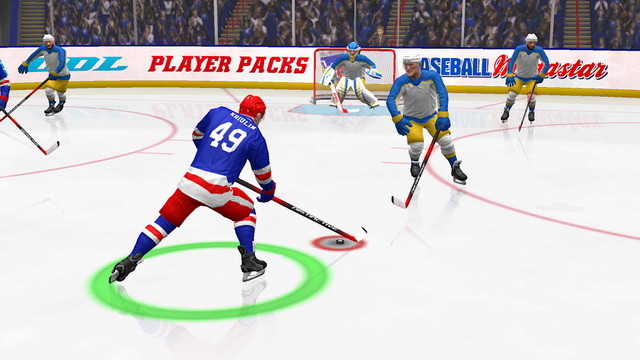 Hockey All Stars is an excellent Hockey game which provides a good hockey experience on your smartphone. You gey the joystick and some button to control the players on the ice. The overall gameplay is very smooth and coherent. Hockey All Stars is free to play but it comes with Ads and in-app purchases. Overall, it is a better hockey game with decent gameplay and nice content. 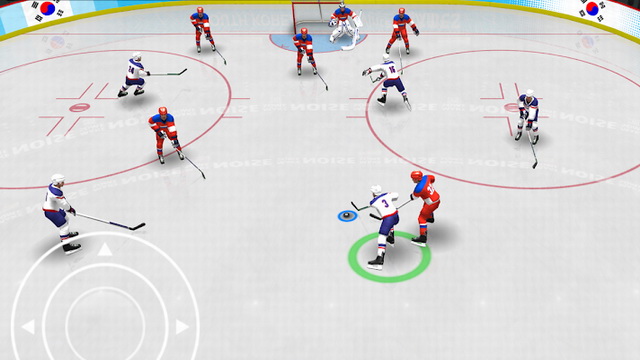 Hockey Nations 18 is another excellent arcade hockey game which is also developed by the developers of Hockey Classic 16/ the game comes with three vs three hockey between six nations. The game includes the 40 North American teams, 27 Russian league teams, 19 international teams, and two all-star teams. The graphics of the game are fairly good and you will have fun playing the game. The free version of the game comes with three games per hour limit but you can remove the limit by getting the premium version. There are also ads in the free version and in-app purchases which goes up to $4.99. 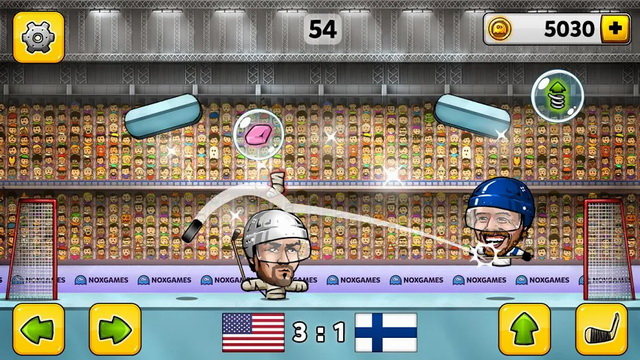 Puppet Hockey is a 2D arcade game with one-versus-one gameplay. The gameplay is fairly simple, you will shoot the puck across the ice and other players will do the same. A player with the most goals will win the match. In the game, you will find the power-ups, entertaining animations, and many more. Overall, it is a decent game for those who are looking for casual fun. However, if you want some serious hockey action then Puppet Hockey isn’t for you. 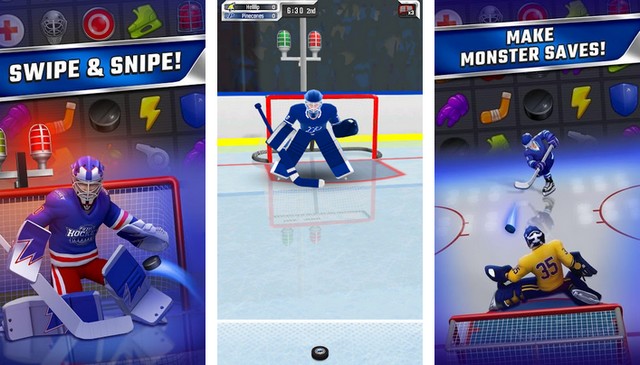 Puzzle Hockey is an officially a match-three hockey game which features the actual hockey players. It works by a match-three mechanism where you move the symbols around on a grid until you match three or more. Overall, it is a nice game for hockey game who like to play match-three type games. However, it is still not an actual game and if you are looking for some serious action then you should try other games on this list. Stickman Hockey is a unique hockey game which comes with actual hockey mechanics. In the game, you will skate up and down the ice, score goals and do stuff which you do playing the hockey. The game features the top-down style of hockey. Moreover, the game features the 4 different difficulty levels which will test your hockey skills, 46 teams, variety of season modes, multiplayer PvP to play the game with your buddies and even hardware controller support. Stickman Hockey is the by far the most comprehensive hockey game available on Google play and you should give it a try. The free version of the app comes with Ads which you can remove by paying the $2.27. It is a perfect game for those who are looking for a hockey game with actual hockey mechanics. 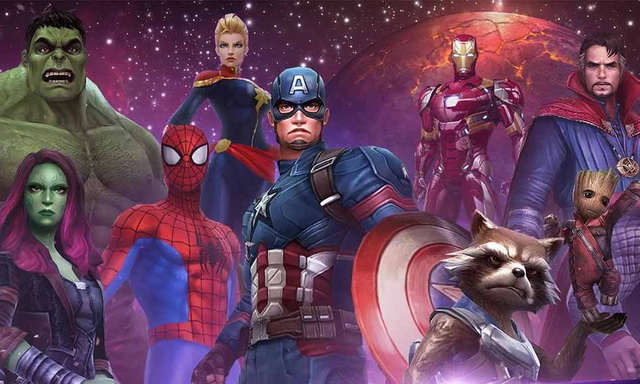 Best Marvel Games for Android in 2022

Frank Perry - 7 February 2022
Marvel cinematic universe is very popular due to the superheroes such as Thor, Captain America, Iron Man, Guardians of the Galaxy and Hulk. There...

Best Pinball Games for Android in 2022