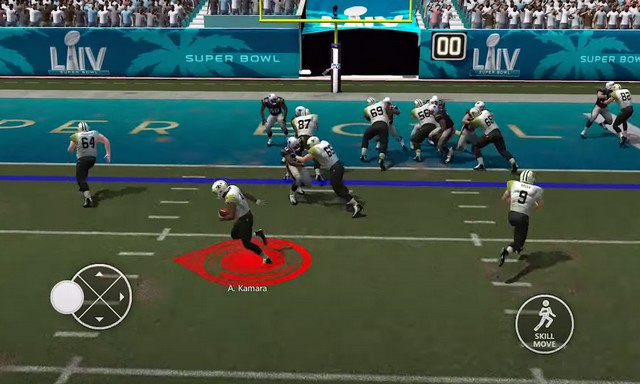 National Football League or NFL is one of the most popular Football leagues in the world. It is also loved by America and they love to support their favorite NFL Teams. They also want to enjoy the NFL and for that, there are plenty of NFL Football games available on Google Play. These games don’t offer the console level gaming experience but still, these games can offer decent NFL Footballexperience. In this comprehensive guide, we will share the best NFL football games for Android in 2022. 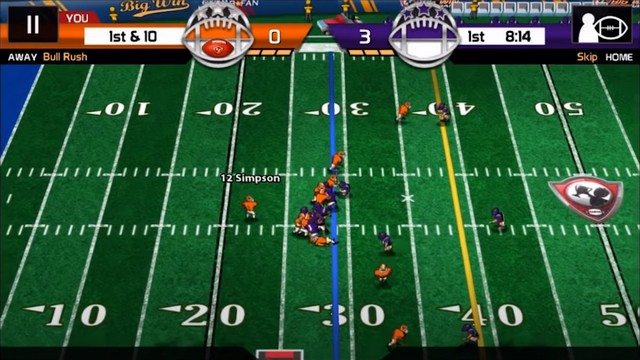 BIG WIN Football 2019 is one of the best NFL football games for Android. In this game, you will be playing the role of General Manager and your goal is to put the best team on the field. You will get tons of customization options as well where you can totally customize your team as well as players. It also allows you to boost our players using the Bronze, Silver, Gold, and Platinum Cards. There is also a variety of Big Bowl challenges and tournaments where you can earn great rewards. BIG WIN Football 2019 is free to play but it comes with in-app purchases. 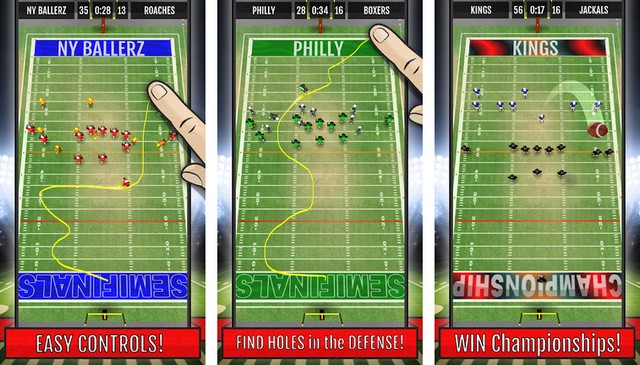 Ted Ginn: Kick Return Football is one of the best football games for Android. The best thing about this game is that it is very different from conventional football games and hence it is an ideal game for those who are looking for something unique. It comes with simple controls, decent graphics, upgrades, tournaments, and more. You can get it for free but it comes with ads and in-app purchases. 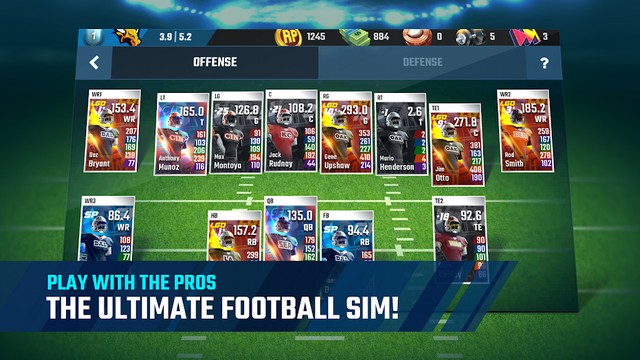 Franchise Football is one of the best NFL Football Simulator you can play in 2022. In this game, you will be managing your club as a Manager and you will have to prove that you are the ultimate General Manager. In this game, you will be managing your team, building rooster, play seasons, and will try to win the Franchise Bowl Trophy. The game comes with some of the biggest names in football history and you can unlock new players which are categorized into various categories. You can play the Franchise Football 2022 for free but it comes with in-app purchases. 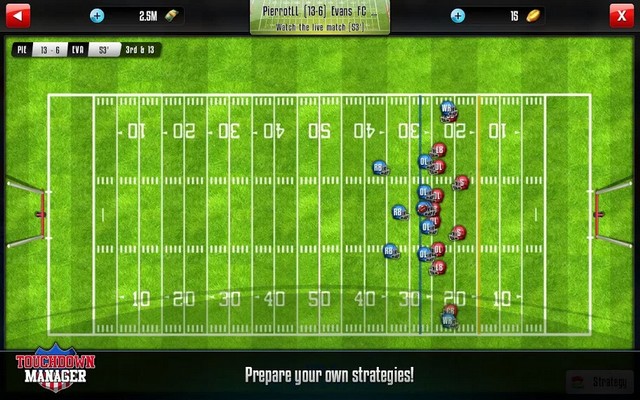 Touchdown Manager is one of the better NFL football games for Android. It is not an official game, therefore, all the players, teams, and other stuff are fictional, but still, it offers some great experience. In the game, you will train your team and devise a strategy to win championships. The graphics are not very great, but it will work for most people. It is a free game, but it comes with ads and in-app purchases. 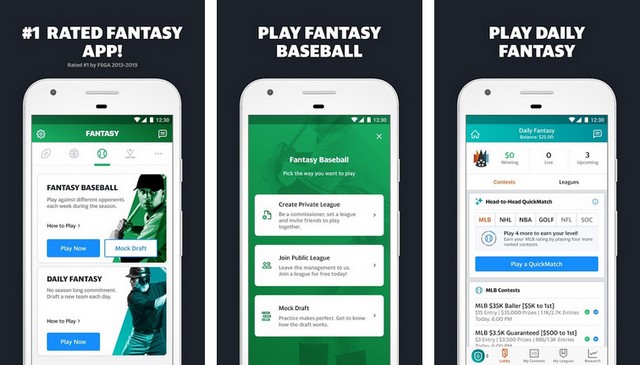 Yahoo Fantasy Sports is another very popular game that allows you to manage your own team. In the game, you can either create your own league or you can join other popular leagues. You will also be conducting drafts and set your rosters with the best players. Moreover, you will also be able to chat with other managers and make trades. Yahoo Fantasy is free to use but it comes with ads. 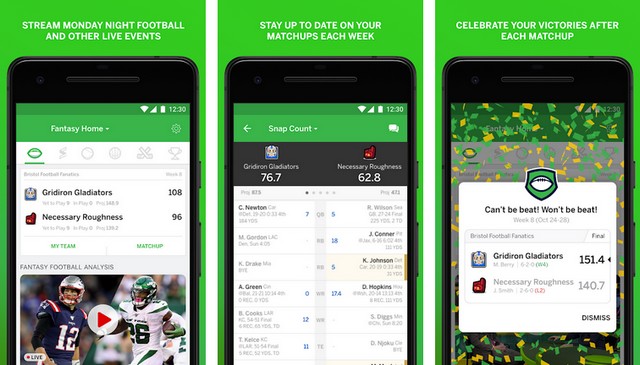 Fantasy Sports are very popular games on Google Play and ESPN Fantasy Sports is one of the best of these games. In this game, you will be the GM of your team and you will be setting up your lineup, trade, and even communicate with other managers around the world. You also get the choice to create your leagues or you can join the other leagues as well. Overall, ESPN Fantasy Sports offers all those features which you can expect from a good Fantasy Sports App. It is a free app but it comes with ads and in-app purchases. 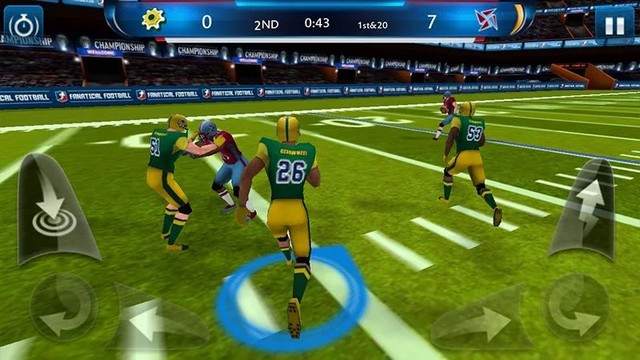 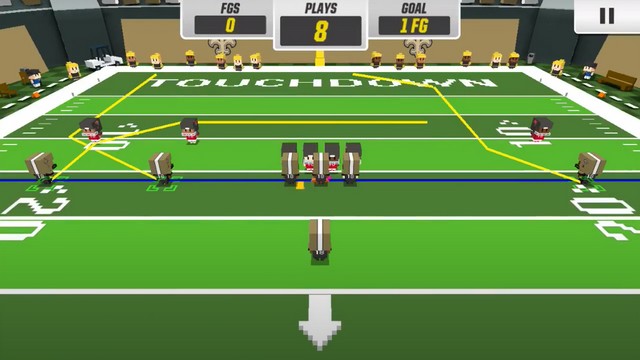 NFL Rush Gameday is the best NFL football game for the kids. In this game, you get the 6 unique arcade mini-games which kids can play and have fun. In the game, kids can play their favorite mini-games, unlock new items from their favorite teams. The game also gets updated weekly with stats of real NFL teams. NFL Rush Gameday is also completely free to play. 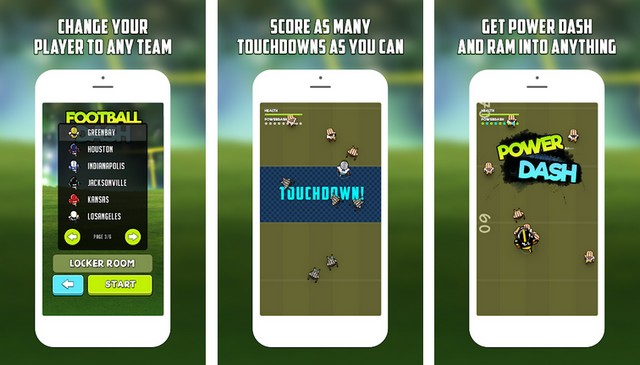 Football Dash is one of the very few arcade football games which allow you to have an enjoyable football playing experience on your smartphone. As it is an arcade-style game, the graphics are very simple but they look good on the screen. In the game, you will be controlling your player with your finger and it also comes with the power-ups which you can use to boost your players. It is a free game but it comes with ads and in-app purchases. 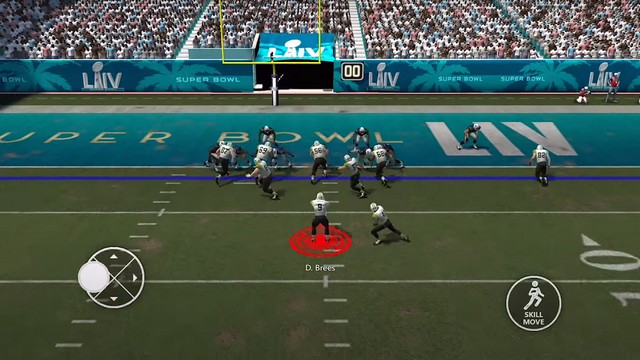 Madden NFL Mobile Football is one of the best NFL football games for Android. It is also the official NFL game on Google Play and it is developed by EA Sports. In the game, you will be taking over the NFL franchise as a General Manager and your tasks will be to manage the franchise, sign new players, complete daily objectives to unlock new players, and prove yourself to be the ultimate GM. The Graphics of the Madden NFL Mobile Football are also very good. You can get it for free but it comes with ads and in-app purchases.

These are the 10 best NFL football games for Android. You can play these games for free but some of them come with ads and in-app purchases. If you like this guide, then you may like our “10 Best Basketball Games for Android” guide. Also, visit Vodytech for more useful guides. 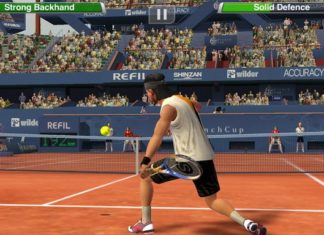 Frank Perry - 14 February 2022
Tennis is one of the most popular sports in the world, and it is loved by millions out there. The Tennis Stars such as...