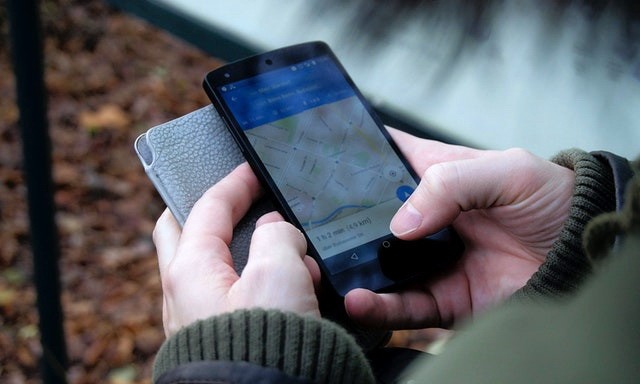 Google Maps is arguably the most reliable Navigation App with millions of users around the world. The best thing about Google Maps is that it updates in real-time and provides updates that help you reach the destination safely. However, the biggest problem with it is that it requires a stable data connection, and to counter this problem, Google offers offline maps for navigation. In this Vodytech guide, you will learn how to use your Google Maps Offline. We will also share some other offline map apps which you can use as an alternative to Google Maps. Let’s get started.

How to use Google Maps Offline?

Google Maps allow you to use the maps offline, but before your start using it, you will need to manually download the area which you want to navigate offline. So, it’s important that you, before go out with the intention of using google maps offline, make sure that you have downloaded the map of the area you are visiting. Luckily, Google Maps allow you to download the large map very easily. Here’s how you can use Google Maps Offline. 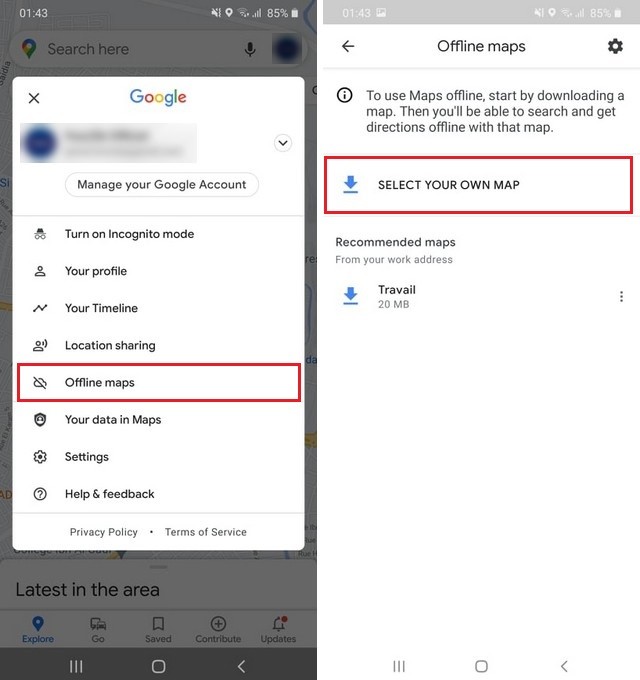 The system will download the map for you, and if your data is not connected, you will still be able to navigate it.

How to delete the Downloaded Offline Maps from Google Maps?

If you have downloaded an offline map on your Google Maps, but now you want to delete it, here’s how you will do it. 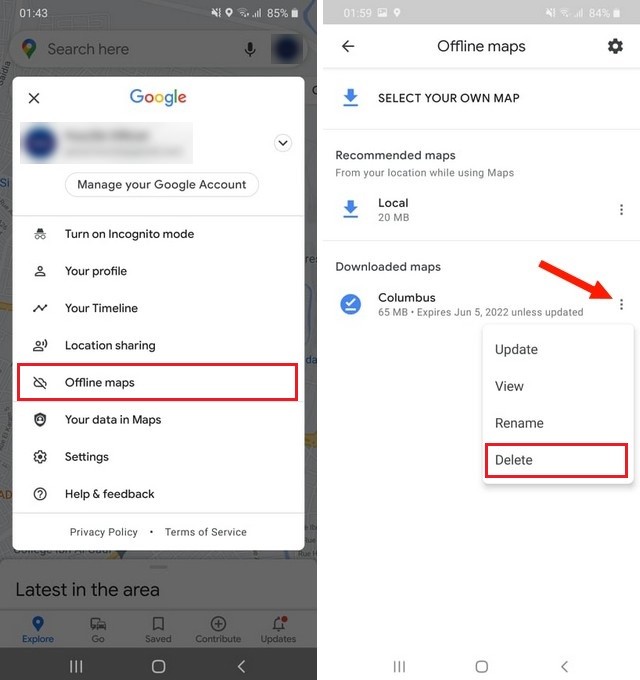 Similarly, if you wish to rename or update the map, you can do it following the above steps. Just tap Rename or Update according to your choice. It’s also important to note that offline Maps expires after 15 days, so it’s important that you regularly connect it with the internet so that it updates.

What are the Best Offline Maps Apps other than Google Maps?

Google Maps is a great app, and it will work for most people, but for some reasons you don’t want it, you can consider alternate Apps. Play Store comes with tons of promising Offline Maps Apps, and we have handpicked the best ones for you. Let’s have a look. 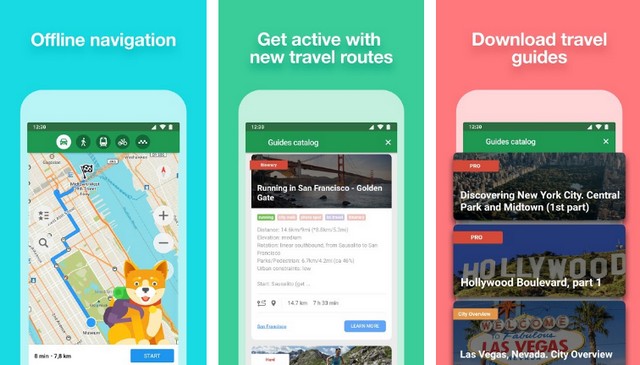 Let’s start with MAPS.ME which is considered one of the best Offline Maps App. Like Google Maps, MAPS.ME also comes with comprehensive offline Maps, which you can use for navigation without the internet.

One of the best things about MAPS.ME is that provides detailed maps of the hiking trails and other remote places, which you won’t find on other apps. Also, it’s regularly updated with millions of contributors worldwide so that you get updated maps.

Apart from offline Maps, MAPS.ME also comes with regular features such as turn-by-turn navigation, live traffic data, hotel bookings, location sharing, and more. Overall, if you are looking for a comprehensive Offline Maps App and a worthy competitor to Google Maps, MAPS.ME is a solid option for you. 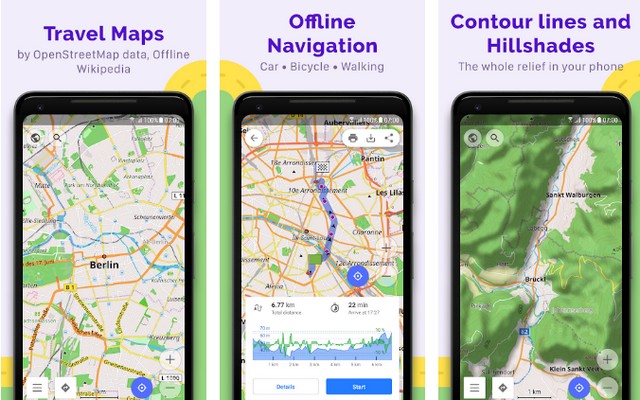 OsmAnd is one of the best offline Maps Apps for Android. It’s another very useful app that allows you to navigate without the internet. The App comes with a comprehensive offline map of the most area on earth, including Western Europe, Eastern Europe, Russia, North America, South America, Asia, Africa, Antarctica, and the Middle East.

Apart from offline Maps, OsmAnd also comes with regular features such as GPS Navigation, lane guidance, turn-by-turn voice guidance, and more. On top of that, it also features Nautical Maps, which allow you to check information about sea objects and other details. Overall, OsmAnd is a solid Offline Maps App, and it checks all the boxes of a good offline Maps App. You can use it for free, but it comes with optional in-app purchases.

How Reliable Google Offline Maps are?

Google Offline Maps are pretty reliable when it comes to navigation, and you can use them to move from one place to another. However, you won’t be getting real-time traffic updates which can be pretty crucial, especially if you live in a city.

Where are my Offline Google Maps?

Offline Google Maps lasts for 15 days if you don’t connect your App to the internet. If you have enabled automatic updates, you won’t have to worry about the maps. Once the App is connected to an internet connection, the App will update the maps for you, and it will last indefinitely.

That’s all, folks. In this guide, you learned how to use your Google Maps offline. We also shared the alternate Apps which you can use if you want options other than Google Maps. If you have any questions, please let us know in the comments. Also, check this guide where we have shared the Best GPS and Navigation Apps for Android.

Google Maps : How to Disable Location History on the Web 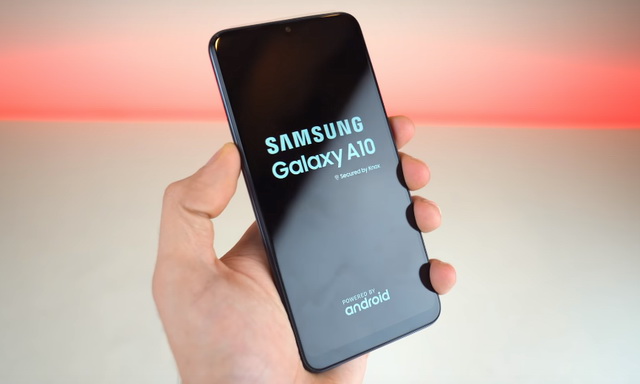 How to Take a Screenshot on Samsung Galaxy A10

Chris M - 2 March 2020
In this guide, we will show you how to take a screenshot on Samsung Galaxy A10. The competition of the budget smartphones is on...

Best Pregnancy Tracker Apps for iPhone and iPad in 2021