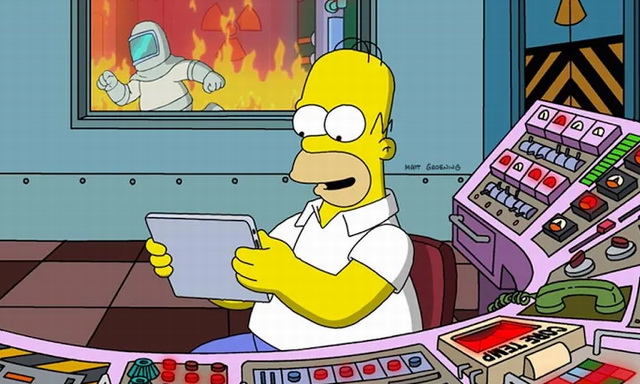 Video games are the major source of entertainment for us and many celebrities, Tv Shows and Movies release their own games to reach their fans and promote their movies and Tv Shows. These games allow the fans to relate with their favorite celebrities and have fun. We have handpicked the best celebrity games for Android in 2022. 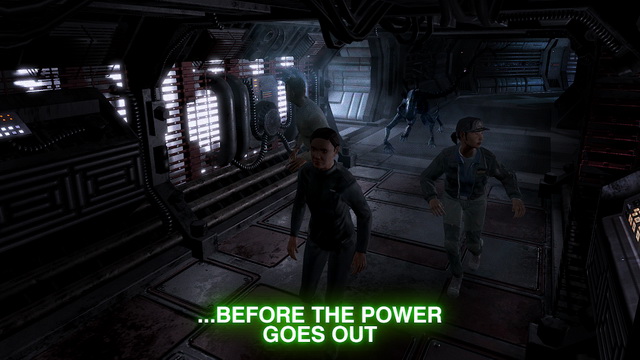 Alien: Blackout is the arcade celebrity mobile game which is pretty similar to the Five Nights at Freddy’s series. The game is set in a crippled Weyland-Yutani space station carrying a deadly Xenomorph who is hunting a crew and you are playing the role of the crew. In the game, you will guard the position and you will have to keep the aliens from getting to you. The game comes with great depth and your decisions will change the course of the game so you will have to make the right decisions at the right time. Overall, it is a really good game with decent graphics and solid gameplay. 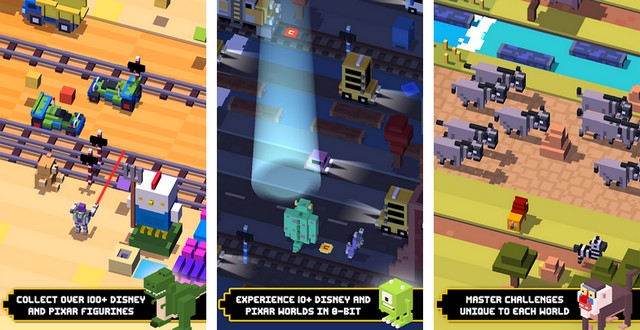 Disney Crossy Road is a very popular celebrity game where you can play with the popular characters from the Disney world. The game has very similar gameplay to Crossy road, you will be crossing rivers, roads and tons of other terrains without hitting obstacles. However, the only difference in Disney Crossy Road is the Disney characters, you can unlock more than 100 Disney characters and each character will have their own unique soundtrack and level theming which is awesome. If you are Disney fan then it is a perfect game for you. 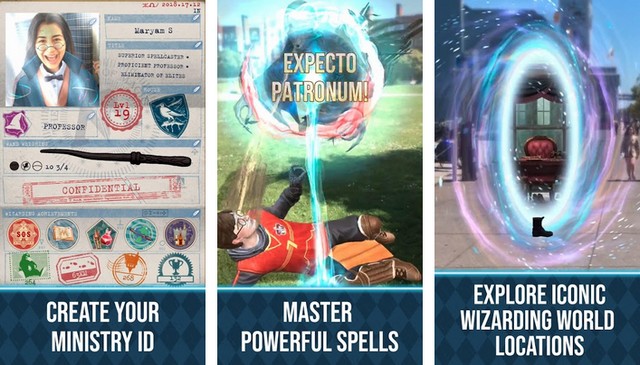 Harry Potter: Wizards Unite is a unique celebrity game that combines the augmented reality with the legendary Harry potter. In the game, you have tons of characters from the Harry Potter world. The gameplay is pretty similar to the Pokemon Go, you will have to leave your house and find the traces of world around the world and cast the spells at the Foundables. If you are a Harry Potter fan and looking for a great way to get out of your house then Harry Potter: Wizards Unite is a great option for you. 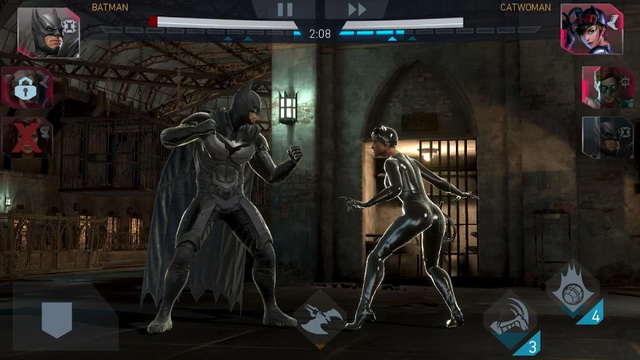 Injustice is one of the most popular celebrity game series out there. These games feature the popular superheroes from the DC world along with the cameo appearances by other popular characters out there. Both games come with number of characters which you can control with simple controls. It is not an arcade classic fighter game but it is fun to play especially with your favorite superheroes. Overall, it is a nice game with number of superheroes, good graphics, and simple controls. You can play these games for free but both of them come with Ads and in-app purchases. Nonstop Chuck Norris is another very popular celebrity game which is basically the spin-off of the popular game “Nonstop Knight”. In this game, you are playing the role of Chuck Norris and your goal is to beat the bad guys. You have the special moves which you can use as well as some special equipment to help you out in the fight. The goal is to beat as many guys as possible before they beat you and that’s it. It is a simple game with simple mechanics and good graphics. You can play it for free with ads and in-app purchases. 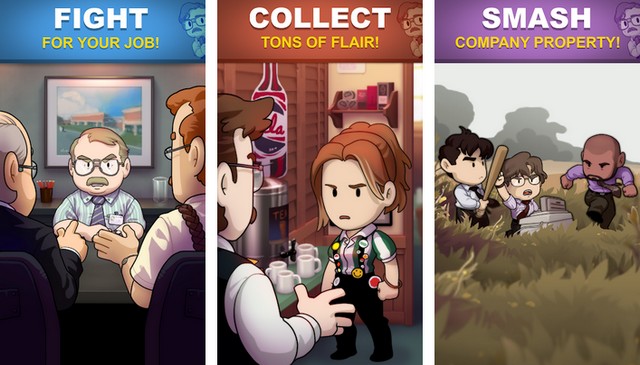 Office Space is one of the better celebrity games out there. The game comes with the number of scenes and references from the movie. Basically, it is an idle game which means most of the time it plays itself and you can make it go faster by tapping the screen and that’s it. Moreover, the game comes with rare items that you can win and number of upgrades and achievements to keep you engage in the game. You can play the game for free but it comes with annoying ads which can be pretty annoying especially when you are playing an Idle game. If you are fan of idle games then you can give it a try. 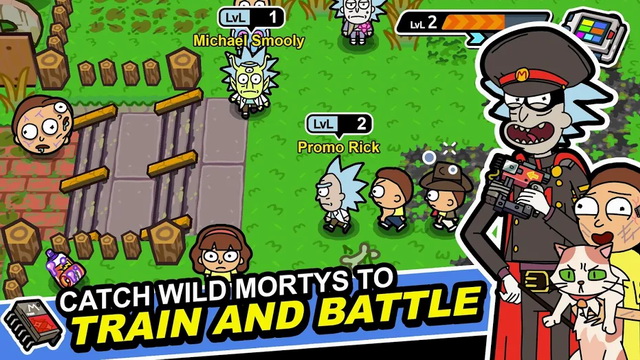 Rick and Morty: Pocket Mortys is another very popular celebrity game that features the characters from the popular show “Rick and Morty”. The gameplay is very similar to the Pokemon game, you will be playing as Rick and your job is to collect and battle number of different Mortys against the other Ricks. Moreover, the game comes with 70 various Mortys which you can collect in the game. Overall, it is a decent game that features Rick and Morty’s dark humor. If you are fan of Rick and Morty then you will love this game.

The Simpsons: Tapped Out The Simpsons: Tapped Out is one of the most popular celebrity games out there. The game is setup in the Springfield where homer finally blows up the Springfield and your goal is to rebuild it from the scratch. The game comes with various references from the show which makes the game more interesting. Moreover, it also gets regular updates and the game comes with enough content to keep you engaged for months. It is also free to play with in-app purchases. 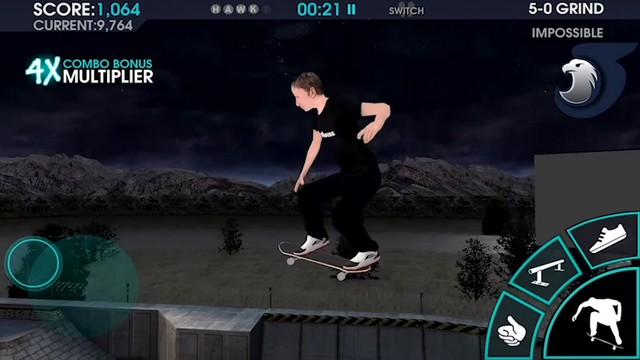 Tony Hawk’s Skate Jam is a decent skateboard game where you will be playing as one of the most popular skateboarders of all time. The game is developed by the same developer who developed the Skateboard Party series so you will see many similar mechanics in both games. It comes with tons of unique tournaments, customization options, and career mode. You can get the game for free but it comes with Ads and In-app purchases.

The Walking Dead No Man’s Land The Walking Dead is a very popular show and there is number of The Walking Dead games available out there and all of them are pretty good. However, The Walking Dead No Man’s Land is really good too and it also gets regular updates. It is free to play gacha game which features the RPG elements. The game comes with number of characters from the show, storyline quest and number of PvP game modes. It is also free to play with Ads and in-app purchases. 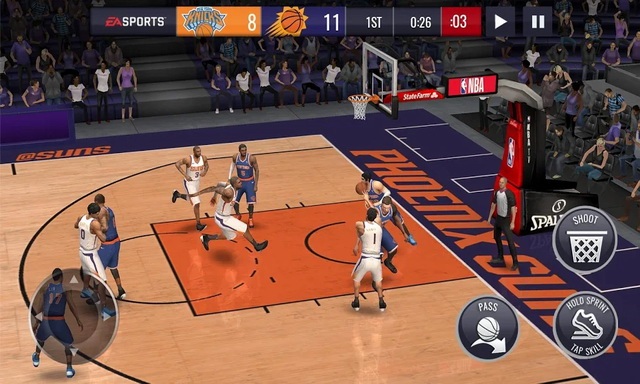 Frank Perry - 22 January 2022
Basketball is one of the most popular sports around the world. It is extremely fun to play but unfortunately, it is very difficult to...