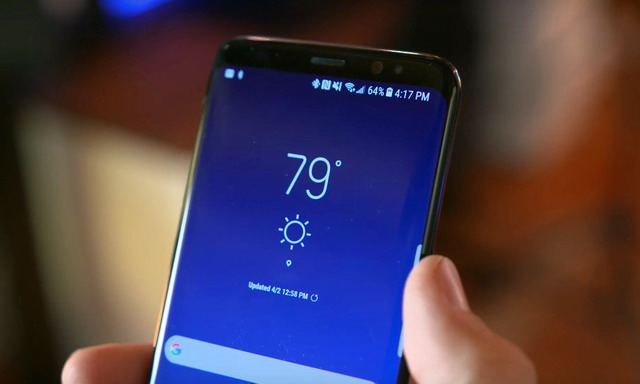 This guide explains How to Improve Battery Life on Samsung Galaxy S8 and S8+. Samsung phones have tons of options, controls, and settings that you can change for an improved experience. And while some of them are great, others simply drain the battery even if you don’t use them. We’ll cover that and plenty of tips below. Additionally, you can take advantage of Samsung’s battery saver modes and performance modes to get the most out of your phone. These tips will help you squeeze more battery life out of your phone or find what’s draining it too fast.

Turn off the always-on display

Even though the S8’s AMOLED screen is super efficient and doesn’t draw power when displaying black pixels, the S8’s always-on display is still drawing a little bit of juice. Turning it off by going to the Lock Screen and Security section of Settings menu and you could save you an extra few percent of battery overnight.

This is one of the easiest ways to cut down on battery drain, and also one that so many people forget as they use their phone over weeks and months. We all install apps that we use once or haven’t touched in a month, and those apps can sometimes be using battery even though you don’t need them. Head into Settings then Apps and scroll through to see if there are any apps hanging out that you’ve forgotten about and don’t need any more.

Remember, you can always re-install the app later on down the road if you think you need it again. There’s little need to keep an unused app installed and potentially running on your phone.

While we’re turning things off, if you don’t have any peripherals that need these features, you might as well turn Bluetooth and NFC off. You can do this by toggling the features off from the Quick Settings menu, or by toggling the options off from the Connections section in the settings menu. Neither are a huge drain on battery, but if you don’t use them, there’s no sense wasting power to keep them on.

Reboot Your Galaxy S8 or S8+

If the battery is running down quick, there’s a reason for it. GPS, WiFi, or an app could be the problem. Something isn’t right, but we don’t know what yet. A quick reboot will often fix this, and save owners from dealing with a dead battery later in the day. In fact, you can fix almost any small problem by doing a quick reboot.

This sounds like a silly recommendation, but you’d be amazed how many times I’ve fixed problems on a family members phone just because I chose to reboot it. Try it yourself.

If you really want to enhance your endurance, your best bet is to turn on the S8’s power saving mode by tapping the power saving icon in the Quick Settings menu. The power-saving setting gives you the option to select from certain presets, or you can manually set how aggressively you want the power saving to be by tweaking individual settings including brightness, screen resolution, CPU speed and network usage.

One quick setting you can change semi-permanently to improve battery life without really hurting your experience is to reduce the screen resolution. Just go into Settings, Display and Screen resolution to see your options. By default the Galaxy S8 and S8+ actually don’t run at their max resolution — they stick at “FHD+” instead, because the processor doesn’t have to work as hard to run the phone, which saves you some battery.

If you’ve moved up to “WQHD+” for the best-looking screen possible, you can scale it back down to save a little battery life. We wouldn’t recommend going with “HD+” unless you’re really trying to save juice … but in that case you may be better off considering the overall power saving mode instead.

On the S8, Samsung has included a helpful device maintenance app that will go through your phone, closing down unneeded apps and clearing up your caches to ensure your phone is running as efficiently as possible. The less juice you waste on services you don’t need, the more power you’ll have in the long run.

If you want to save every last joule, you can go to the Display section of the Settings menu and set your screen to automatically go black after just 15 seconds of inactivity. If you aren’t actively using your phone, you don’t probably don’t need the screen to stay on.

The last couple versions of Android introduced some really nice system-level features that take care of runaway apps, but every once and a while they can get carried away. If you notice your battery draining faster than usual, it could be one or two apps causing it — whether they’re running when you aren’t aware, or are just using more battery than they should even though you’re using them. Go to Settings, Device maintenance then Battery to see what apps are using notable amounts of juice. 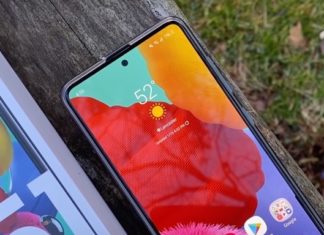 How to Show Battery Percentage on Samsung Galaxy A51

Chris M - 4 August 2020
If you are wondering how to show battery percentage on Samsung Galaxy A51, then we can help you. It's a very simple process, and...

How to Clean your Windows 10 Registry